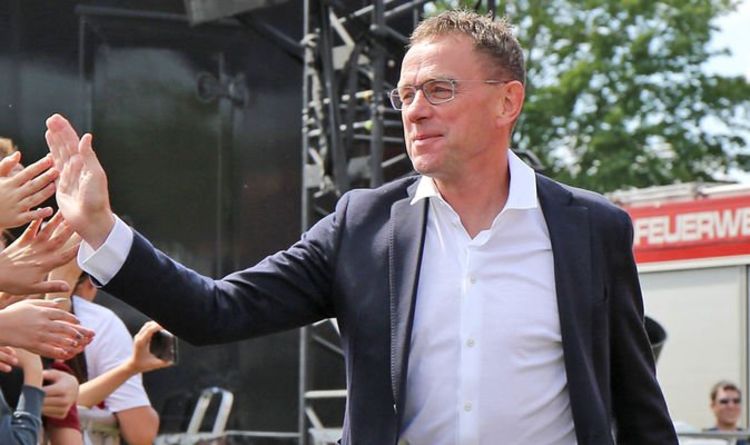 Ralf Rangnick plans to add Julian Nagelsmann to Manchester United’s managerial shortlist, reports say. The German will soon take charge at Old Trafford until the end of the campaign. But he’ll have one eye on the future with the Red Devils looking to get their next appointment right.

Rangnick has agreed to become United’s interim manager until the end of the campaign following the departure of Ole Gunnar Solskjaer.

Solskjaer was sacked last weekend after overseeing a run of seven defeats from 13 matches, with a 4-1 battering at the hands of Watford the final straw.

Rangnick will take charge until the summer before moving upstairs as a constant.

Then, the Red Devils will begin the process of appointing a permanent manager to Solskjaer as they plot a path to future glory.

Mauricio Pochettino, Brendan Rodgers and Erik ten Hag are all frontrunners for the post.

That’s despite the trio currently working at Paris Saint-Germain, Leicester and Ajax respectively.

Ten Hag and Rodgers have both stressed they’re committed to Ajax and Leicester respectively.

And United are likely to have a big decision on their hands at the end of the campaign.

And he feels he could give the United squad a new lease of life.

“This was a guy who was very much a pioneer when he was bringing his vision of pressing and counter-pressing, that very quick vertical style,” said Hatchard.

“There’s a lot of coaches who have taken a leaf out of his book – Thomas Tuchel is one of those.

“Their paths crossed very early on in Tuchel’s coaching career and, had it not been for his time with Rangnick, he may not have taken up coaching in the way that he did.

“Jurgen Klopp I think has amended some of the ideas for his heavy metal football.

“This is a guy who basically built the Red Bull football operation from scratch in Leipzig.

“Yes, he’s had a lot of money to play with, but you still have to do it and that is a very slick operation.”