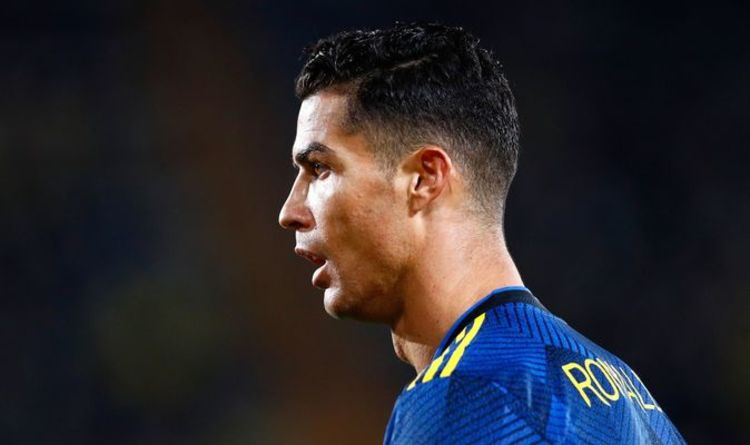 Ralf Rangnick has not even officially started work as Manchester United interim boss yet and already, the German has a problem awaiting him at Old Trafford in the shape of Cristiano Ronaldo. The Portuguese superstar has hit 10 goals in all competitions this season and tops the club’s goalscoring charts, but the pair may be on a collision course over this work rate off the ball.

The 63-year-old has agreed to take over until the end of the season, when he is expected to then step aside and continue into a consultancy role with the Red Devils.

But there is nothing to suggest that Rangnick won’t take up the job on a full-time basis, especially if he impresses at the helm.

After all, Ole Gunnar Solskjaer was meant to be only a temporary fix — and the Norwegian lasted three years.

The German is a demanding presence on the touchline and in the dressing room. He expects his players to press high and work tirelessly to retrieve possession and play with a fast-tempo when on the ball.

His methods have been used to formulate the coaching methods of current Premier League bosses Jurgen Klopp and Thomas Tuchel, the German managerial duo whom list Rangnick as a mentor earlier in their careers.

JUST IN: Rangnick’s stance on permanent Man Utd job as Glazers given ultimatum

That may work against Ronaldo, who at 36 is still remarkably athletic for his age but struggles to maintain the same levels of intensity as some of his team-mates over 90 minutes.

In order for Rangnick to be fully effective in the dugout, Man United’s transfer chiefs may have no choice but to provide him with the tools he requires to turn things around at Old Trafford.

And if he is given free reign on the market, Chelsea striker Timo Werner may well be at the top of his list.

The Germany international has struggled to nail down a regular spot in the side under Tuchel and the £97.5m signing of Romelu Lukaku has only exacerbated his situation.

His approach to help guide Werner through a difficult period in his career shows that Rangnick has an empathetic side in addition to his reputation as a disciplinarian.

Contrast that to Tuchel, who has operated with a tough love stance when he has been asked to defend Werner from criticism after scoring only 15 goals in 63 appearances.

And that could make the prospect of reuniting with Rangnick an appealing option should the opportunity arise in the January transfer window.

The idea that Chelsea would sell to Manchester United is unlikely but not impossible, as shown by the club’s dealings concerning Juan Mata and Nemanja Matic’s transfers to Manchester in 2014 and 2017 respectively.

Of course, Tuchel would be loathe to lose Werner, who was Chelsea’s top creator last season with 15 assists in all competitions and scoring 12 goals too.

But if Rangnick is not keen on keeping Ronaldo in his squad come January, he would be a suitable alternative to carrying out his blueprint for the rest of the season.