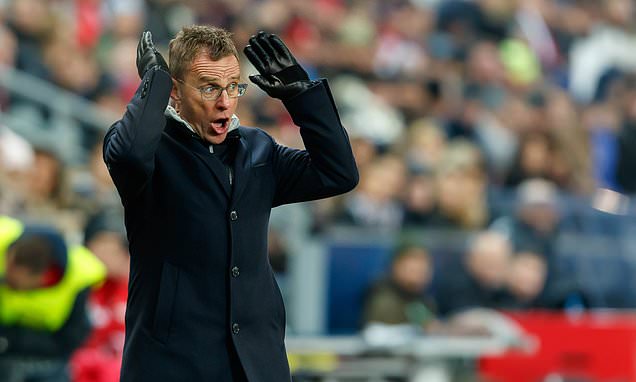 I'm always interested to see how new managers do in the Premier League and the impending arrival of Ralf Rangnick is intriguing to say the least.

When intelligent football people of the calibre of Jurgen Klopp, Thomas Tuchel and Ralph Hasenhuttl sing his praises, he clearly deserves respect.

Rangnick has no Premier League experience but neither did Arsene Wenger nor Klopp and they did more than all right. But there have to be big question marks as well.

Rangnick has had success at Schalke, Salzburg and Leipzig but has never been at a club with the levels of expectation and scrutiny you get at United. At 63, I think the new intensity will be a huge culture shock.


Even more significantly, several players at Old Trafford are established global stars, a different breed perhaps to players he has worked with before.

These guys don't suffer fools and will challenge any coach they're unsure of, whether directly or with whispers behind his back.

Rangnick is not a fool, of course, but he might find himself questioned and challenged far more than he's experienced before.

Cristiano Ronaldo is a Ballon d'Or winner, Raphael Varane and Paul Pogba have won the World Cup. It'll be important Rangnick strikes the right balance between his demands and keeping the squad on-side.

The length of tenure, only until the end of the season, works against him. Nobody would take on Klopp, Guardiola or Conte like that because they're around for the long term and have big medals to back up their strategy.

It'll be harder for Rangnick because of the circumstances. I'm not saying he can't cope but his reputation of being a hard taskmaster might have to be toned down. Of course, the United players need a leader but 'My way or the highway' won't necessarily receive their best response.

A good start would obviously help. United's fixture list is relatively kind after today's game at Chelsea and players tend to be happy to back new ideas if they win. However, a few setbacks and the attitude could easily turn into 'he's only the interim'.

The good thing for Rangnick is there is a lot of potential for improvement among the United squad. They don't work as hard as other top teams but there isn't any reason why they can't.

Jadon Sancho can learn to press like Sadio Mane does for Liverpool. Bruno Fernandes has the capability to contribute both defensively and offensively like Bernardo Silva does at Manchester City.

He must earn respect from a talented squad, including World Cup winner Raphael Varane (C)

Maybe Ronaldo is an exception, but with his ability to win matches, any coach would give him and Lionel Messi some license. In general, United players can run more. The coach just needs to make sure they are fit and organised enough.

The United hierarchy also have to back their new man. If Rangnick decides to leave out Ronaldo or Harry Maguire, they have to know that complaining will not help. That message usually has to be made clear at the top.

Rangnick's lack of trophies doesn't worry me too much, because he made his German clubs competitive against giants like Bayern Munich.

Schalke were probably the biggest club he's managed previously and he left there citing exhaustion. Old Trafford is no place for a coach to be tired.