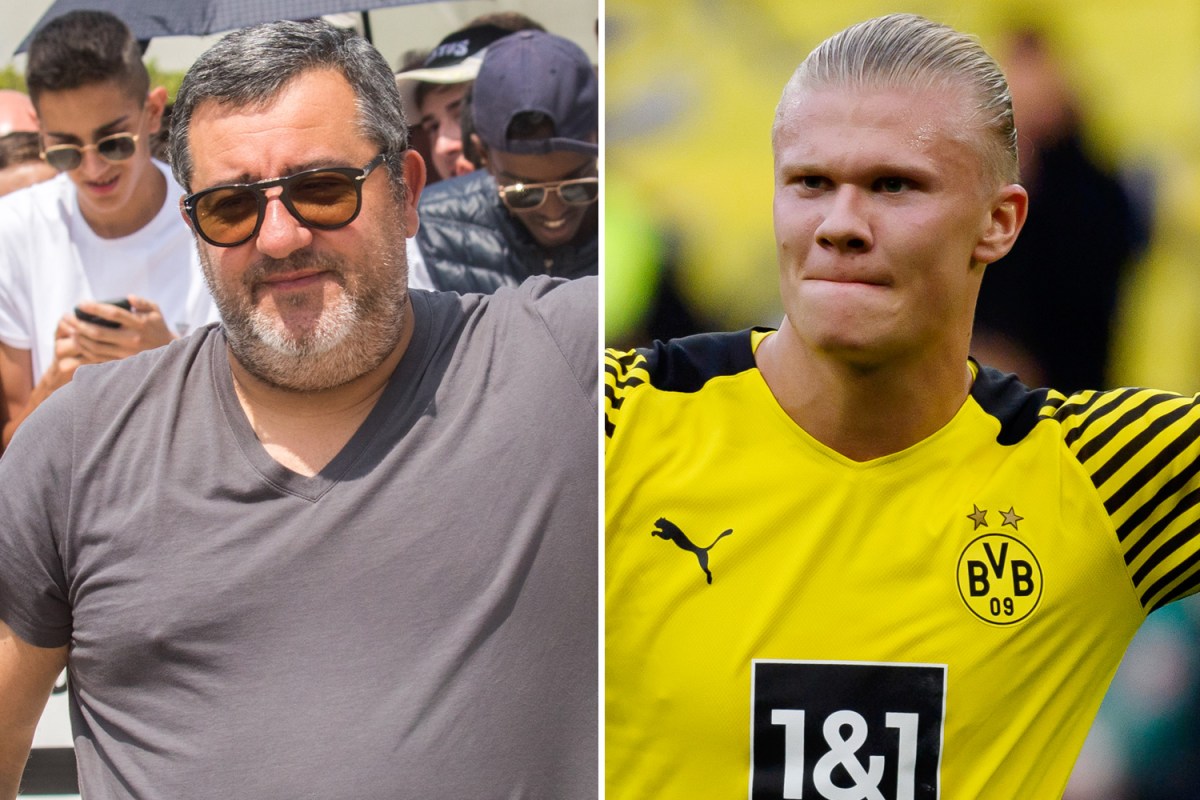 MANCHESTER UNITED have been dealt a blow in their pursuit of Erling Haaland, with agent Mino Raiola claiming the 21-year-old sensation 'loves Spain'.

The Red Devils have been tracking Haaland's progress for some time.

Haaland is being heavily linked with a move away from Dortmund in the next yearCredit: GETTY IMAGES

But Haaland's agent's recent comments hint a move to LaLiga is more likely than a move to the Premier League.

Raiola said: "At the moment you cannot talk about anything, if you want about Christmas.

"I am not talking about the market, because it is too early.

"[Haaland] likes, loves, Spain. Especially his house here. It is too early to know where he is going to play next year.

"It's not good to talk about that either."

Raiola's comments will encourage LaLiga duo Barcelona and Real Madrid, who also hold an interest in the 21-year-old.

Real are exploring the possibility of sweeping up football's top two wonderkids in one summer.

They want to sign Kylian Mbappe - whose contract expires next summer - and Haaland.

Real want to create a 'new era' at the Bernabeu.

But despite all the heavy interest, Dortmund will try and hold onto their most valuable asset.

The German club will offer to double Haaland's wages to convince him to stay, and void his cheap £63million release clause.

There is, however, a way United could find themselves level with the Spanish clubs in the race to sign the Norwegian.

Rangnick was the man responsible for signing Haaland while he was director of football at RB Salzburg.

Spanish outlet AS are claiming United's appointment of Rangnick could be 'decisive' in the battle to sign Haaland.