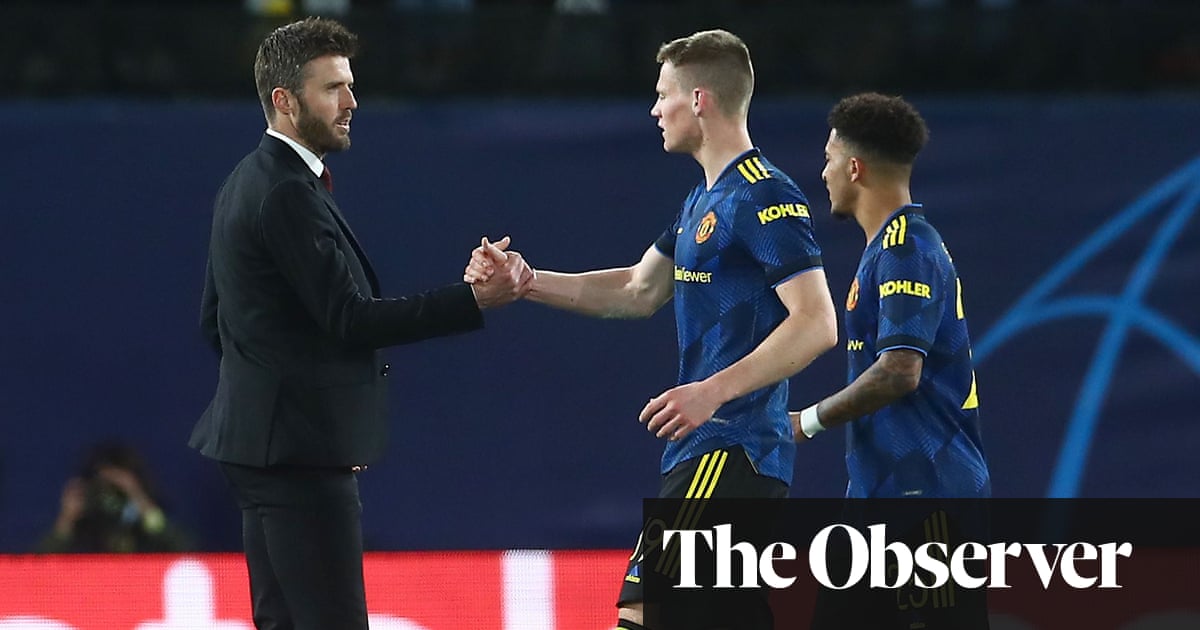 The statue of Manchester United’s Holy Trinity is a feature of the Old Trafford landscape. For a club increasingly burdened by unflattering comparisons to their past, while invariably generating more, the spectre of an unholy trilogy looms larger. Forget Best, Law and Charlton, this threatens to be an autumn to rank among their worst.

Sunday brings a third meeting with title contenders, their supposed peers, and the first two amounted to humiliations. United kick off at Stamford Bridge 12 points behind Chelsea and after conceding more than five times as many goals. Liverpool scored five of them, Manchester City a mere two, but neither bothered to add to their tally in the final 40 minutes as they seemed to declare against vanquished opponents. As Michael Carrick conceded, a gulf has opened up. If there is a divide between the best and the rest, United are found on the wrong side of it.

“There’s no denying where the league is and so I’ve got to be realistic,” said the caretaker manager. “It’s pretty obvious from the run of games. Where we are and the results we’ve had, it’s frustrating and disappointing.”

Carrick used to bring a measured approach to the midfield. It was entirely in character that he looked to add perspective. “It wasn’t that long ago we finished second and were on a really good curve of improvement and I don’t think that can be forgotten,” he said. “It’s very different having a poor run of results to being a poor team.”

If the evidence of Ole Gunnar Solskjær’s fraught final few weeks is United meeting that description, a squad overflowing with ability offers scope for improvement under Ralf Rangnick, when he assumes interim charge. His inheritance is decidedly mixed but there are rewards for managers able to reimagine and rejuvenate an underperforming group and for players galvanised by the uncertainty of change.

“Whenever anyone has a new boss in any walk of life, there is feeling of: ‘What’s next?’” said Carrick, who played for four United managers and one caretaker. “You can’t hide from that. But people react in different ways: sometimes that gives them a freshness and a spark to go and be at their best and perform even better.”

Combine a sense of untapped potential with the precedent of parachuting in a German pressing evangelist mid-season and it may bode well. Frank Lampard’s reign started with a 4-0 defeat at Old Trafford and ended with Solskjær’s United top and his Chelsea ninth. Thomas Tuchel began by going 14 matches unbeaten; within a few months, Chelsea were champions of Europe.

Rangnick, a mentor to Tuchel, may hope to emulate one of his followers. Chelsea’s road to glory was paved with the clean sheets a previously porous defence kept. Carrick oversaw United’s third shutout in 26 games on his managerial bow against Villarreal. He certainly is not willing to write off this campaign.

“There’s so much left in the season,” he said. “Sometimes you have really bad spells in a season and you can almost have another season within a season when things change.”

Alex Ferguson won 13 league titles at United by sustaining excellence over a long period and Carrick said: “Striving for consistency is always the balance that you want. That’s the gold standard.”

That season-long consistency eluded Solskjær, but his United could veer from famine to feast, sometimes without warning. They won 14 of his first 17 games as a caretaker, went unbeaten in 19 when galvanised by Bruno Fernandes’s arrival and then lost once in a period of 28 league matches last season.

“Who’s to say that this group of players can’t go on a run again?” Carrick asked. “They’ve proved over the last two or three years that they’re more than capable. You need to take it step by step, start winning games, getting on a run and build momentum. Anything can happen after that.” As Chelsea can testify.