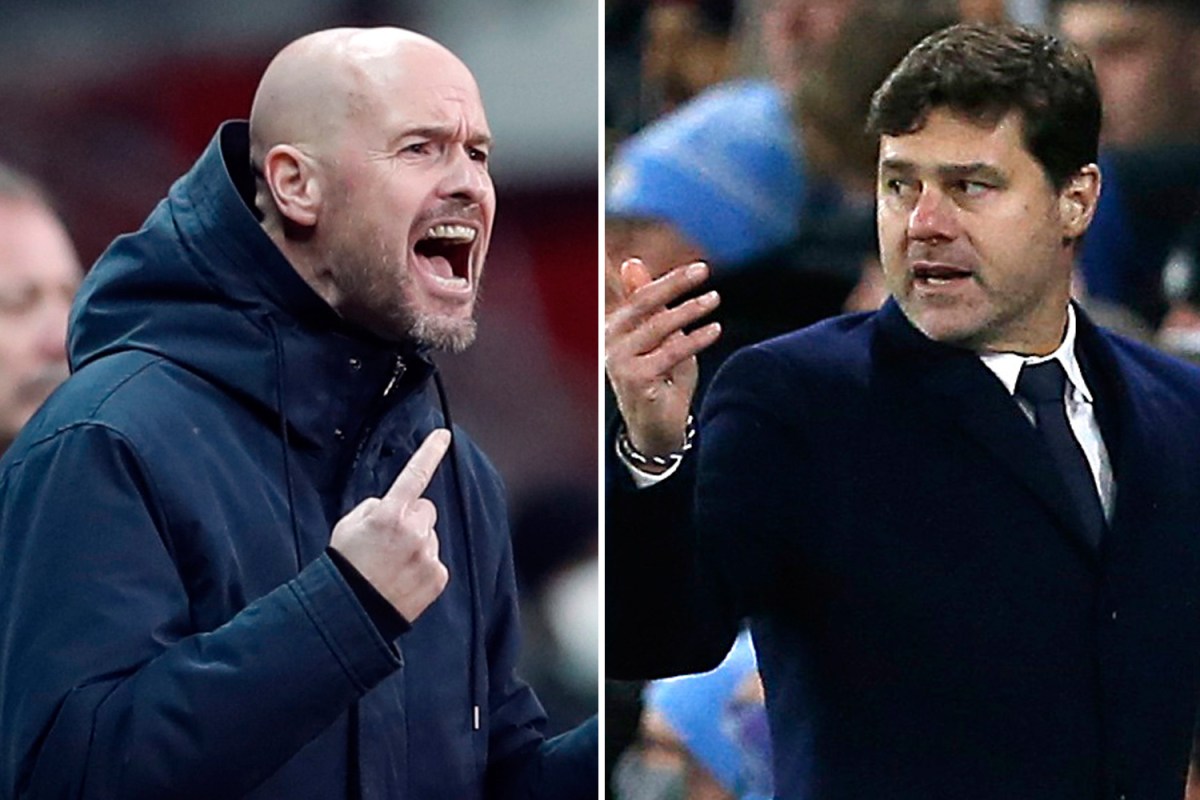 MANCHESTER UNITED will reportedly turn to highly rated Ajax boss Erik ten Hag next summer if they're unsuccessful in their pursuit of Mauricio Pochettino.

Pochettino is favourite to take over from soon-to-be interim manager Ralf Rangnick next June.

Ten Hag is being line up as a suitable back-up should United fail to land Pochettino next summerCredit: GETTY IMAGES

Pochettino is favourite to take the managerial post long-term next summerCredit: GETTY IMAGES

But according to the Daily Mail, should United fail in their attempts to lure the Argentine back to England - where his family live - they will turn to Ajax boss Ten Hag.

The 51-year-old is believed to be interested in taking the long-term role at the Red Devils and Ajax will NOT stand in his way if he wants to leave at the end of the season, despite having a contract at the club until the summer of 2023.

It comes as SunSport revealed incoming interim boss Rangnick is also an option to take the job full-time.

We understand the German has not ruled out becoming permanent boss when his six-month stint in the Old Trafford dugout comes to an end.

Brendan Rodgers also remains in the frame with Manchester United having made contact with the Leicester City chief.

If Ten Hag is a favoured option for United, they they can lean on their healthy relationship with Ajax, with Red Devils legend Edwin van der Sar working as the Dutch club's chief executive.

The Premier League outfit also handed them £39million for Donny van de Beek in 2020, with Van Der Car playing a key role in the deal.

Ten Hag is a highly respected coach across Europe and has helped guide Ajax to the top of their Champions League group, winning all five of their played fixtures.

The Dutch outfit are guaranteed top spot as they're six points ahead of second place Sporting Lisbon having conceded just three goals.

Ten Hag traditionally likes to switch between a 4-3-3 and a 4-2-3-1, two systems which could work well at United.

Alternatively, Ten Hag could look to line up with a 3-4-3, dominating the wide areas of the pitch.

United's attacking players such as Marcus Rashford, Jadon Sancho, Mason Greenwood and Anthony Martial could all thrive under the Dutchman.

Sebastien Haller's revival in the Dutch capital pays testament to that.

The West Ham flop has scored 18 goals and picked up five assists in 19 appearances this season.

Nine of those impressively coming in the Champions League.