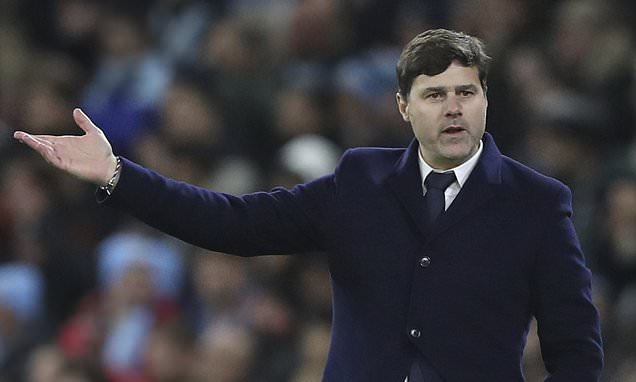 PSG boss Mauricio Pochettino shot down rumours linking him with a move to Manchester United but admitted they were a good reflection on his work at the French side.

Ralf Rangnick put pen to paper on a six-month deal at Old Trafford on Thursday but talk is still rife that United have targeted Pochettino as the man to take over once the German's temporary stint is over.

But the Argentine stressed that the rumours over his future at PSG and interest in Zinedine Zidane are out of his and the club's control as he insisted that he has not let them distract him from his job.

'We are always focused on the football -- our games and our work,' said Pochettino ahead of PSG's Ligue 1 clash with AS Saint-Etienne, via CBS.


'It is not us, nor the club, who generate these situations. It does not affect us.

'I am focused on PSG. We are used to rumours arriving. When they do arrive, it is a good sign that there are many of them -- it is a sign that we are doing good work.

'We are calm and humble. It is not us creating these rumours.'

Leonardo has replaced managers mid-campaign twice over his two spells at the Parc des Princes, firstly with Antoine Kombouare's dismissal to appoint Carlo Ancelotti in 2011 and Thomas Tuchel last year.

But he was adamant no approach had been made to bring Zidane to the French capital.

'We do not want Mauricio Pochettino to go,' the Brazilian told AFP. 'He has never asked to leave, and nobody has contacted us for him.

'We respect Zinedine Zidane a lot, both as a player and coach, but I tell you very clearly that there has been no contact. No meeting.'

Pochettino was in Manchester on Wednesday as his side lost 2-1 to Manchester City in the Champions League.

Despite the result, he was in a jovial mood, smiling and waving to fans at Manchester Airport as PSG headed back to Paris, adding more fuel to the rumours over whether he will return shortly as United boss.

For his part, Pochettino has consistently refused to rule himself out of taking the job at Old Trafford.

‘We are in a business where the rumours are there. I completely understand what is going on,' he said ahead of the City game.

‘My contract is until 2023, this season and one season more. I don’t say anything different. I’m really happy at PSG — that’s a fact. I’m happy in Paris.’