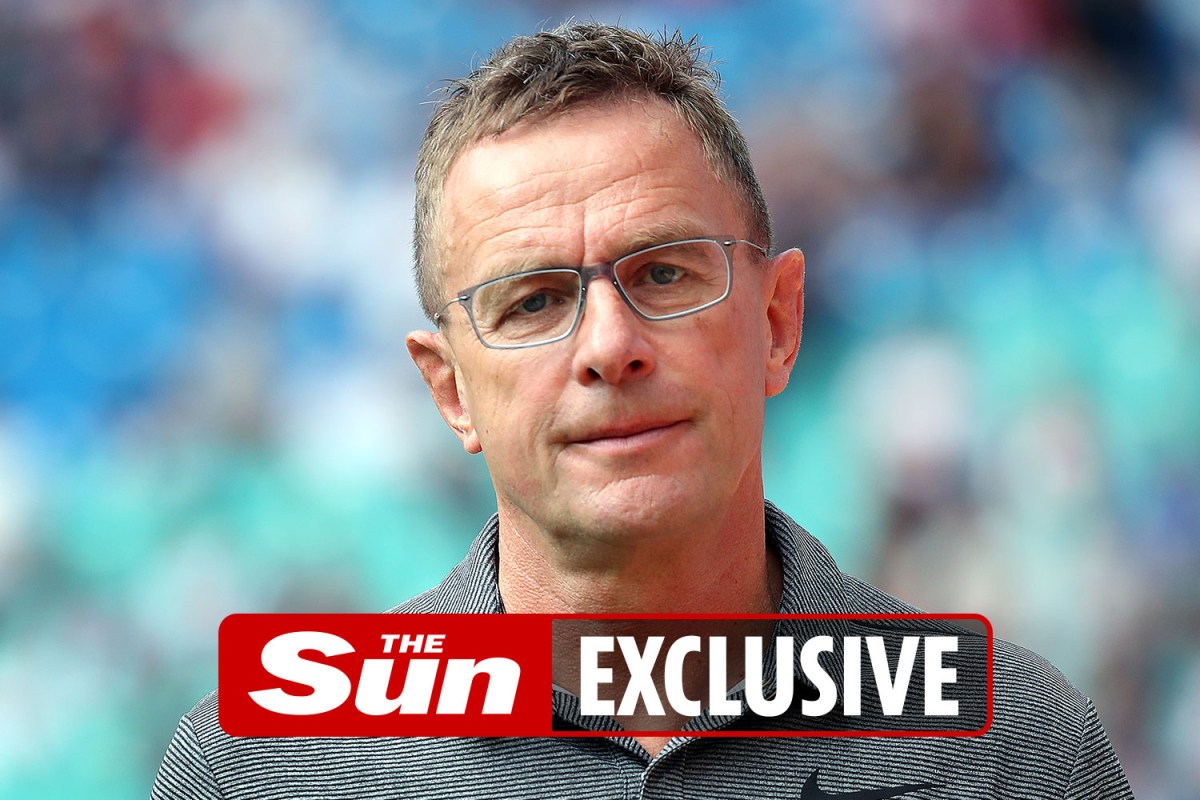 RALF RANGNICK has not ruled out becoming Manchester United’s permanent boss in the summer.

The German, 63, is yet to agree a move to Old Trafford, with details of his role at the end of the season still not finalised.

Ralf Rangnick is in contention to become interim Manchester United manager - and has not ruled out taking over on a permanent basis in the summerCredit: Getty

The Red Devils are keen on appointing the German as their temporary gafferCredit: PA

Rangnick will take over from Ole Gunnar Solskjaer, who was sacked last weekCredit: Reuters

United have reached an agreement with Lokomotiv Moscow’s head of sports and development to become their interim manager.

The Red Devils made it clear he will then take on a similar role to his Lokomotiv job for the next two seasons.

But Rangnick’s side are still negotiating the final details of his contract, with a possible clause allowing him to continue as boss if he wants to.

If he does agree to a move into an overseeing role, he wants assurances over the power he will have in terms of player recruitment and development.

There is also no agreement as yet about any bonuses he will receive for United’s success during his time in an overseeing role.

He does not want his move to United just to be seen as a six-month interim term before being moved upstairs, but a serious longer-term project.

Michael Carrick is still in charge as caretaker boss for tomorrow’s trip to league leaders Chelsea.

And Carrick says the new boss will benefit from the work done by Ole Gunnar Solskjaer in nearly three years as boss until his sacking last Saturday.

Carrick said: “I think that’s one of the biggest things in Ole’s time as manager, creating and building an environment, a backroom staff and a culture within the group that is not obvious to the eye.

“You can see we finished well last season but once the results started going, it went pretty quickly, which is a shame because everything can get overshadowed.

“It’s still there and the backroom staff and environment has helped me an awful lot this week.

“What happens next, it’s there for sure and it’s a great starting point.”