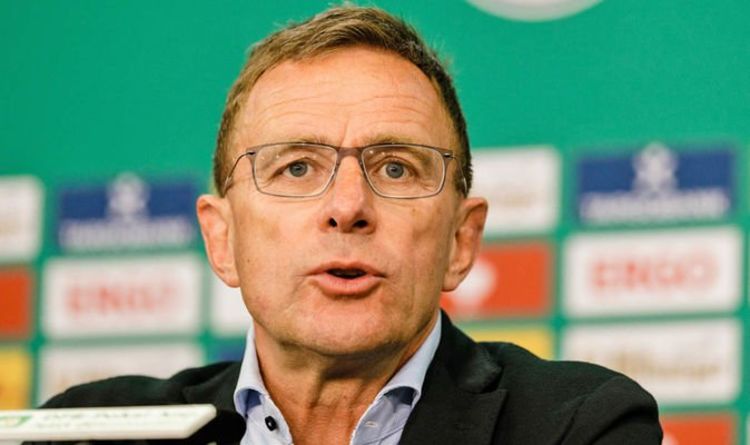 Manchester United will consider allowing Donny van de Beek and Dean Henderson to leave the club in the January transfer window, reports say. The Red Devils pair have struggled for action this season. And though Ralf Rangnick’s appointment could give them a new lease of life, that may not necessarily be the case.

Manchester United have agreed a deal with Rangnick that will see him take charge until the end of the campaign.

The Red Devils recently sacked Ole Gunnar Solskjaer, axing the Norwegian after a 4-1 defeat to Watford away at Vicarage Road.

And though United remain in talks with Lokomotiv Moscow about Rangnick, the 63-year-old is soon expected to move to Old Trafford.

With that being the case, there’s been talk of Van de Beek and Henderson potentially staying.

The pair have struggled for regular action this term, with neither starting in the Premier League.

Yet The Telegraph say United have decided the pair ‘will be considered for moves’ when the transfer window reopens in the New Year.

Meanwhile, Troy Deeney has taken aim at the Red Devils for the imminent appointment of Rangnick.

“An interim appointment just seems to muddy the waters and add to the air of confusion about the place,” he told The Sun.

“What happens in the January transfer window when you’ve got a manager who won’t be around in the summer?

“And what happens if Rangnick is a great success? What if he reaches a Champions League semi-final, wins the FA Cup and finishes comfortably in the top four, which should still be realistic targets for such a talented squad.

“Does he step up and get the job full-time, as Solskjaer did?

“I’ve enjoyed listening to the many United legends in the media discussing all this and, for me, the best take on it came from Paul Scholes, when he asked how Solskjaer’s coaching team were all still in place?

“Carrick, Mike Phelan and Kieran McKenna are all still there, as if they had nothing to do with how badly United have been performing.

“Darren Fletcher has got a senior role as United’s technical director. He’s a good man and was an excellent player but this is his first job in football. It’s like leaving university and immediately becoming CEO of Google.

“I never understood Solskjaer’s appointment as manager in the first place.

“It’s as though United keep trying to hire players from Sir Alex Ferguson’s era and trying to recreate those glory days — but football has moved on swiftly in the last eight years.”