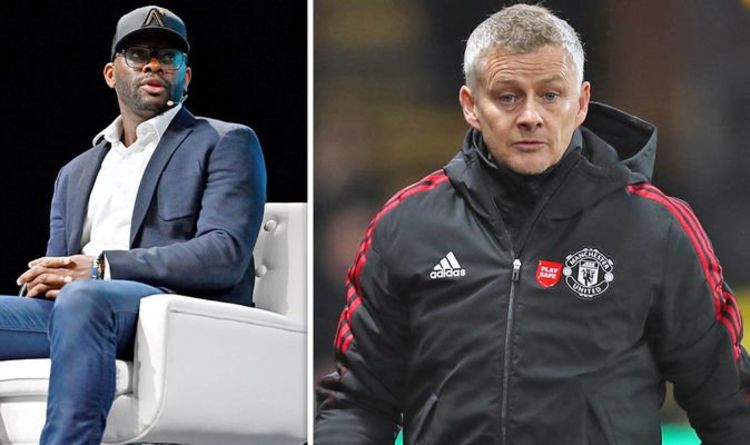 Manchester United hero Louis Saha believes Ole Gunnar Solskjaer’s biggest mistake at Old Trafford was ‘not calling people out’. The Red Devils sacked the Norwegian last week after a heavy 4-1 defeat away at Watford. And Ralf Rangnick is now poised to become the club’s interim manager until the end of the campaign.

United had expected a positive campaign under Solskjaer, especially after the summer signings of Jadon Sancho, Raphael Varane and Cristiano Ronaldo.

But after last weekend’s battering at Watford, the Glazers chose to relieve the 48-year-old of his duties.

United lost seven of their final 13 games under the Norwegian and, now, Rangnick is set to take over until the end of the campaign.

Saha regularly backed Solskjaer during his time in the Old Trafford dugout, often giving his former team-mate a vote of confidence.

But the Frenchman, speaking to Tribal Football, has now criticised the 48-year-old for ‘not calling people out’.

"And when they do, United will be unstoppable because those front four players are one of the best in the Premier League.

"Of course, they will need to defend and ensure there’s the right balance.

"But when they eventually find the right formula and things click – especially in their heads where at the minute there’s too much overthinking – those players are unstoppable when they play naturally.

"On their game, no one can touch that front four or five.

"Martial, when he’s on top form, he is unplayable. Putting them all in the right position and conditions and they’ll fly.

"But it comes back to humility and mindset.

"I'm sure they’re confident guys but they need to have the mindset of doing the things they don’t like to work hard for the team."

United go up against Chelsea on Sunday.

They’ll do so full of confidence after battling their way to victory over Villarreal on Tuesday night.