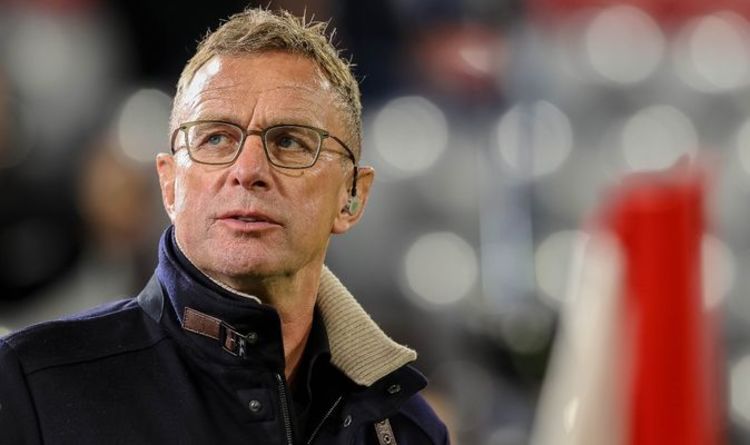 There is chalk and cheese and then there is Ralph Rangnick and Manchester United’s previous managers Ole Gunnar Solskjaer and Jose Mourinho. For an interim manager, the German represents quite the overhaul.

Rangnick has six months to implement a style he has spent thirty years crafting, on a United side eighth in the Premier League table, and in possession of some of the worst running and sprinting statistics in the whole division – no pressure!

At 63-years-old, Rangnick is the second oldest manager in the Premier League, behind Watford manager Claudio Ranieri. Rangnick will not squander the opportunity to employ his philosophy on, what is arguably the biggest football club in the world.

So United players beware, some serious fitness and running is heading your way. While Mourinho, Solskjaer, and most frequently, Louis van Gaal were regularly derided for their slow laborious football, Rangnick will be demanding his side to progress up the pitch as fast as the Red Arrows.

Ralf Rangnick has an enormous job on his hands at Manchester United (Image: GETTY)

But the German appears to be the next chapter of the post-Ferguson era, and his presence will either represent a new page or a conclusion for many of United's disillusioned stars. The most exciting sub-plot of Rangnick’s spell will be where Paul Pogba will fit.

If the Red Devils aspire to retain the World Cup winner and commit him to a brand new deal, then the German is the final roll of the dice. Yet, the main aspect of Pogba’s game which is so staunchly criticised is his work rate and defensive nous when the ball is not on his toes.

The 29-year-old Frenchman was the heartbeat of a completely different and significantly slower style of football under Solskjaer and Mourinho.

Pogbe and Van de Beek could both be given a new lease of life under Rangnick (Image: GETTY)