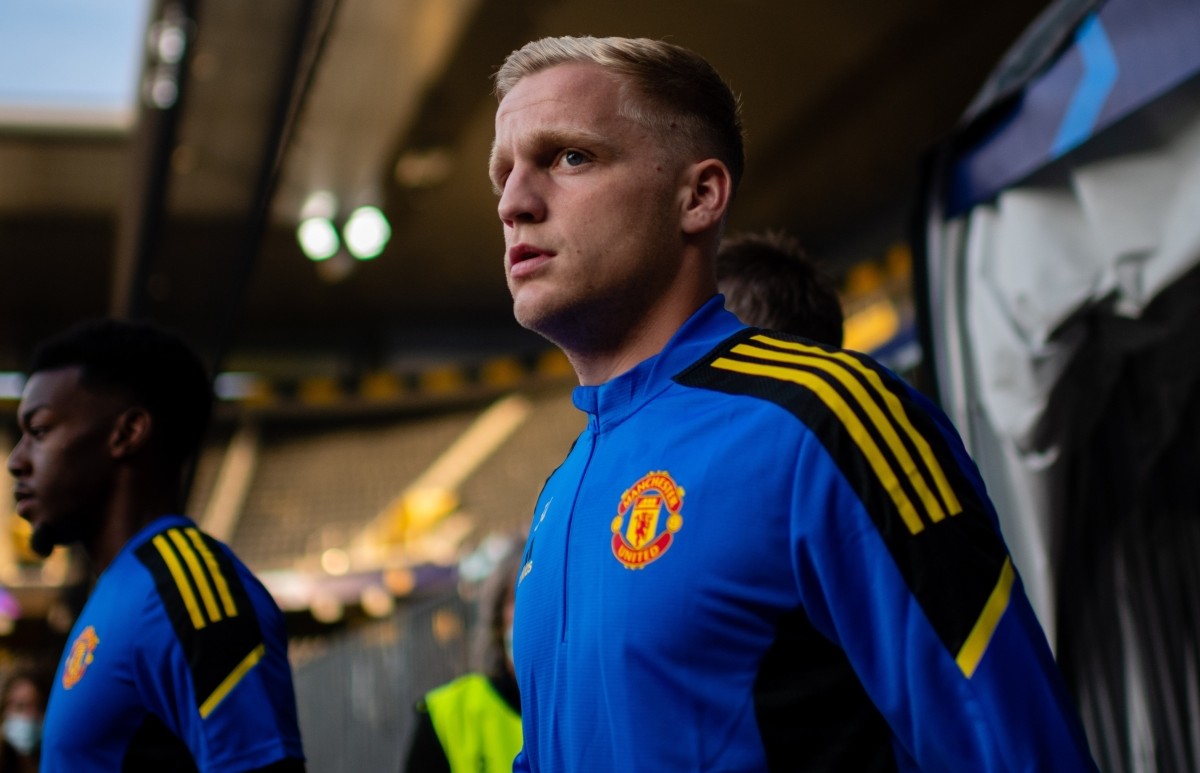 An abysmal accumulation of results over the last few weeks, including a 5-0 hammering against Liverpool and a 4-1 thrashing to Watford, eventually sealed Solskjaer fate with the Red Devils opting to part ways with the Norwegian.

Now set to move in a new direction, Manchester United are reportedly close to confirming German mastermind Ralf Rangnick as the side’s new interim manager, before a permanent appointment can be made at the end of the season (Sky Sports).

However, while the last pieces of paperwork, including the signing of contracts, is finalised before Rangnick makes his move to Old Trafford, former assistant manager Michael Carrick will remain in charge for the time being.

Donny van de Beek has barely featured for Manchester United since joining over 12-months ago.

With the Red Devils’ next Premier League match scheduled to take place on Sunday against Thomas Tuchel’s high-flying Chelsea, although they’ll be major underdogs, all the pressure will still be on the ex-midfielder to set up his side in order to remain competitive, at the very least.

Speaking ahead of the mouth-watering clash, which is set to take place at Stamford Bridge, Carrick hinted that there could be a big change in store for midfielder Donny van de Beek.

“Because he’s so flexible,” Carrick told reporters (as quoted by MEN). “He can play in different positions.

“He did the same for Ajax and he’s done that for Holland as well.

“We’ve got ideas for him but being flexible is a strength and a credit to what he can bring.”

Having joined Manchester United last summer following a move from Ajax, van de Beek’s time under Solskjaer was largely spent on the sidelines.

Starting just four Premier League matches under Solskjaer, prior to the Norwegian’s sacking, van de Beek’s time at Old Trafford looked almost certain to be coming to an end.

However, after starting against Villarreal earlier this week under Carrick’s guidance, the Dutch midfielder appears to have been handed an unlikely lifeline.