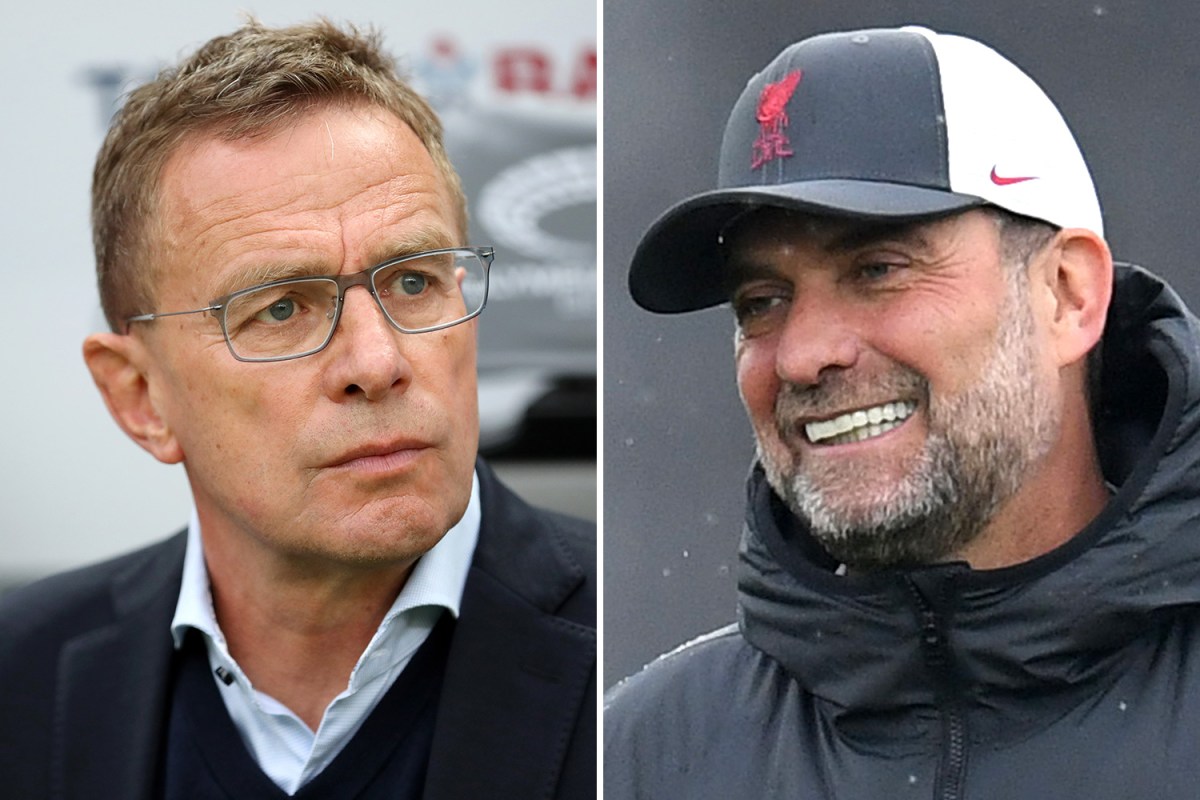 MANCHESTER UNITED have reached an agreement with 'the best German coach' - according to Liverpool manager and friend Jurgen Klopp.

A six-month deal has been agreed with Rangnick, 63, subject to talks between United and his current club Lokomotiv Moscow.

His reputation precedes him - Klopp describing Rangnick as: "one of the best, if not the best German coach”.

Known as the 'godfather of modern coaching', Rangnick was one of the inventers of Gegenpressing - a style of play where teams immediately press the opposition after losing possession of the ball.

Nicknamed 'The Professor' - he inspired a generation of young German coaches such as Jurgen Klopp and Thomas Tuchel.

The demise of Ole Gunnar Solskjaer's time at the Red Devils was summed up in De Gea's post-game interview on Saturday.

The Spanish goalkeeper claimed that the side 'don’t know what to do with the ball' or 'how to defend properly'.

This should end immediately as one of the true-visionaries of football, Rangnick, steps in.

His influence has been felt in the modern game, with many teams adopting his philosophy and style to great success.

Klopp has won the Premier League and Champions League with Liverpool.

Another admirer, Thomas Tuchel, has led Chelsea to European glory in a short space of time in London.

With two recent stints at RB Leipzig, Rangnick has managed a plethora of top-flight clubs in Germany.

In his six years at Leipzig, they were promoted from the fourth tier to the Bundasliga.

He has been highly successful at most appointments - with a combined win percentage of nearly 50 per cent.

Rangnick is highly respected back in his home nationCredit: Getty

However, the Red Devils have been unable to get a deal sorted prior to the visit to Chelsea on Sunday.

That means Michael Carrick will continue in the dugout and have the opportunity to win his first Premier League match as a manager.