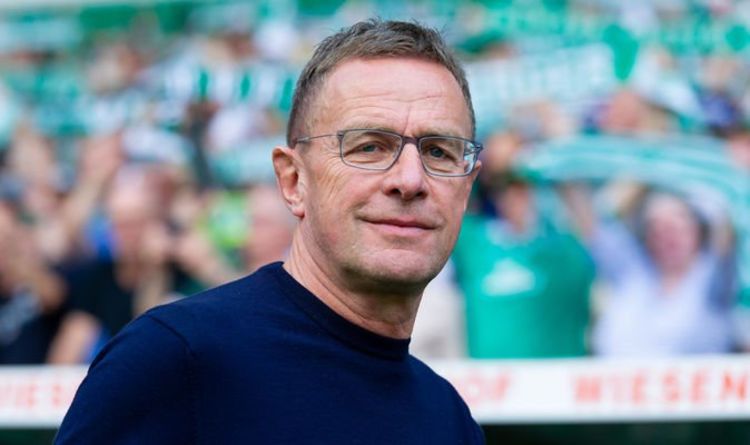 Manchester United appear to have succeeded where Chelsea failed by getting Ralf Rangnick to warm up to the prospect of becoming an interim manager. Before Thomas Tuchel's appointment at the start of the year, the Blues reportedly made a play for the German, although he was not taken by their short-term proposal.

Michael Carrick's reign as caretaker boss of the Red Devils could soon be over.

His first game against Villarreal was broadly a success, masterminding a 2-0 victory to seal Champions League knockout qualification, but Ole Gunnar Solskjaer's replacement could soon be on his way.

At least until the end of the season that is, with Rangnick reportedly in agreement with United over a six-month interim contract, according to The Athletic.

Onlookers from Stamford Bridge may feel bemused at that, given that the 63-year-old publicly snubbed a similar approach 10 months ago.

As quoted by Fabrizio Romano, Rangnick said in the aftermath: "I’m not an interim coach. To the media and players you would be the four-month manager."

However, the United board convinced him to U-turn on those comments by offering him something the Blues could not.

Included in his alleged contract with the Red Devils is a two-year consultancy role, after his touchline duties conclude at the end of this season.

Romano claims that such a role was what swayed the German, with an element of power in the club's rebuiling set to fall into his hands.

Sitting pretty at the top of the Premier League, Blues fans are unlikely to be disheartened by Rangnick's snub in light of what happened next.

His compatriot, Thomas Tuchel, eventually took over from club legend Frank Lampard, and it did not take him long to win over the fans.

Champions League glory swiftly followed, and they are still a force to be reckoned with this season, joining United in the tournament's knockout rounds this week.

Both clubs are set to face off this Sunday in a crunch Premier League fixture, although Rangnick's work permit has reportedly become an issue which is likely to see Carrick remain on the touchline for at least one more game.