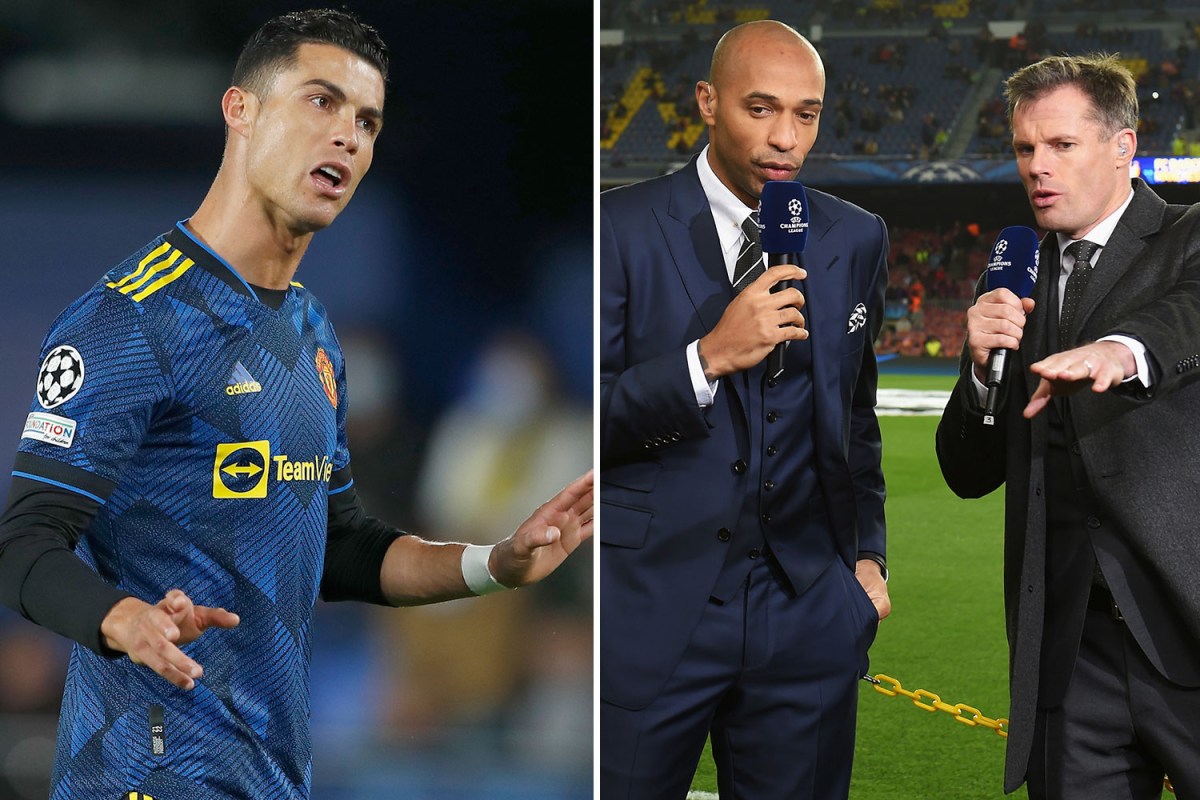 THIERRY Henry and Jamie Carragher have said that Cristiano Ronaldo could be a 'massive problem' for the next Manchester United manager if he does not continue to score goals for the club.

Ronaldo has made 15 appearances for United so far this season, scoring 10 goals and assisting two since returning to the club in the summer.

Ronaldo broke the deadlock on Tuesday as he put United 1-0 up against VillarealCredit: Splash

He was on the scoresheet once again as the reds defeated Villarreal 2-0 on Tuesday.

Speaking on CBS Sports after the game, Carragher said: "How can a club the size of Manchester United still rely on a guy who’s nearly 37?

"You have to accept that, that’s a fact.

"But he scores nearly every game so at the moment you can accept it.

Henry added:  "I totally agree, but the problem is when your poison is your medicine you will struggle.

"You watch the game [against Villarreal], at the end Ronaldo saves them, but when they play they are exposed sometimes because they don’t defend as a unit.

"And we all know if you don’t do that you cannot win games.

"We’re talking about winning the Champions League and winning the title in England, not finishing second, third, fourth and going to the quarter-finals and semi-finals."

"I’m not just saying that’s down to Ronaldo, that’s the whole team, their organisation is all over the place.

"If you haven’t got 11 men fighting for each other, intense, working like we see the other top teams do, you’ve got a massive problem and it’s a knock-on effect right through the team."

When asked about the issue, he said: "Give me Cristiano, please. It's no problem."

The fixture marked Ole Gunnar Solskjaer's last game in charge of the Red Devils before he was sacked on Sunday morning.