Ethan Laird making positive impression while out on loan

Ralf Rangnick must not sign Philippe Coutinho for Man United 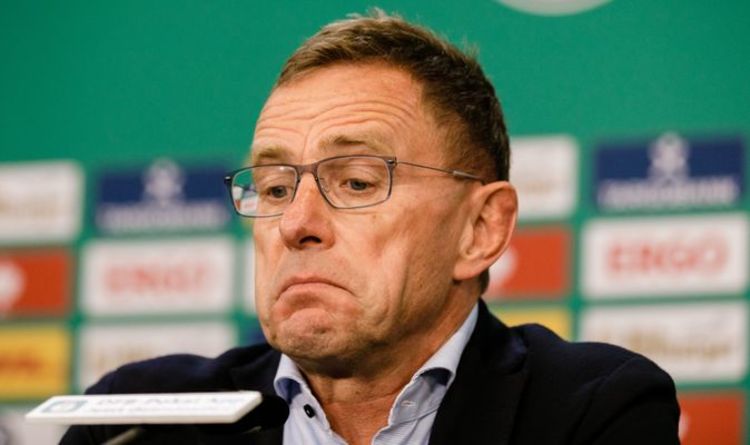 Manchester United's search for a manager is set to come to an end if reports are to be believed, with rumours circulating that Ralf Rangnick is set to become Old Trafford boss on an interim basis. Although with a vital game against Chelsea on the horizon, Rangnick will not be managing the Red Devils against the table toppers - with Arsenal likely to be his first game next week.

Rangnick, 63, is currently Lokomotiv Moscow's Head of Sports and Development, having managed various German sides over the years including Stuttgart, Leipzig and Schalke.

The Backnang-born director is notably one of the pioneers of Gegenpressing - a tactic used by many successful Premier League bosses such as Thomas Tuchel, Jurgen Klopp and Ralph Hasenhuttl.

Rangnick's biggest success was arguably during his stint as director of football for Red Bull Group, overseeing the strategy for Leipzig and Salzburg who both became incredibly powerful in their own countries.

And it is this willingness to take on new innovative ideas which has reportedly prompted United to chase for his services, according to The Athletic.

However, he will not take on Chelsea - who United face on Saturday in a bid to win their second Premier League fixture in eight - due to work permit issues.

It will come as a blow to United fans, given that the side are in dire need of a huge result to bring confidence back to the Theatre of Dreams.

Instead, the delay will mean that Rangnick's first game would likely come against Arsenal at the Emirates Stadium in a real battle for the Champions League spaces.

The Red Devils have been in a rut of poor results recently, being beaten 5-0 by enemies Liverpool and enduring arguably their worst performance for years against rivals Manchester City in a 2-0 loss at home.

Reports emerged that manager Mauricio Pochettino was to be brought in to the club, with rumours intensifying upon the Argentine's arrival in Manchester on Tuesday to face City.

But the poor performance by the Paris Saint-Germain manager didn't help his cause, and United have supposedly opted to choose Rangnick to steady the ship.