Rangnick’s Reds: How Manchester United could look under their incoming new boss

Manchester United v Arsenal – a variable history, but will a real ray of hope | Untold Arsenal: Supporting the club, the manager and the team

Radical Ralf: An overview of a football revolutionary and what he brings to Manchester United

Rangnick called Cristiano Ronaldo 'too old' in 2016 - how will the pair coexist?

Our View: Three Manchester United changes Rangnick might want to see vs Arsenal

Martinelli's Manchester United snub could be a big mistake

I'm yet to speak to Rangnick - Carrick

Pictures: Ralf Rangnick at Old Trafford for first time since being named manager

Young Boys given permission to travel to Man Utd without quarantining

Man Utd Goal of the Month for November

‘I am hopeful’: Arsenal boss suggests he could field an injured player v Manchester United 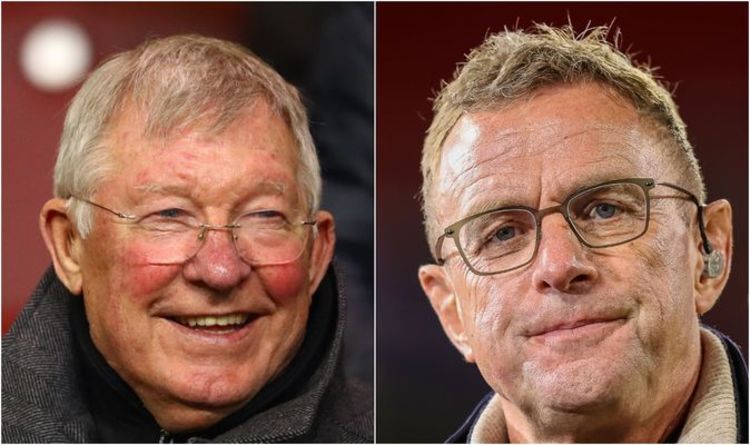 Manchester United target Ralf Rangnick has pulled no punches when it comes to his stance on Sir Alex Ferguson, as well as the state of affairs at Old Trafford since his departure. The German is reportedly on the verge of being appointed interim boss following Ole Gunnar Solskjaer's sacking on Sunday.

With no immediate replacement plan to hand, the United board turned to Michael Carrick in a caretaker capacity.

Against Villarreal on Tuesday, he enforced some new ideas and did the team proud by masterminding an impressive 2-0 victory.

That was enough to see the Red Devils through to the Champions League knockout stages, but the board are seemingly dead set on hiring someone to take Carrick's place.

Based on the latest reports, that person is likely to be Rangnick after The Athletic claimed that the two parties had reached an agreement.

The approval of Lokomotiv Moscow, where he is currently Head of Sports and Development, is supposedly all that is standing in his way.

If appointed, Rangnick will be tasked with closing in on the Premier League's heavy hitters after Solskjaer's poor start to the campaign.

"Since Sir Alex left they were underperforming," he admitted to The Times.

Mauricio Pochettino has been heavily linked with the Man Utd hotseat (Image: GETTY)

The German has experience both on the side-line and behind the scenes, which is reflected in his alleged contract agreement with the club.

Reportedly, he will take charge on a six-month deal, before transitioning to a consultancy role for a further two years.

Other names had been heavily linked with the United hotseat since Solskjaer's dismissal, incluing PSG boss Mauricio Pochettino.

The likes of Rudi Garcia and Ernesto Valverde had also been touted in an interim capacity, but with little standing in the way of Rangnick's appointment, the matter could soon be done and dusted until the summer.