Rangnick’s Reds: How Manchester United could look under their incoming new boss

Manchester United v Arsenal – a variable history, but will a real ray of hope | Untold Arsenal: Supporting the club, the manager and the team

Radical Ralf: An overview of a football revolutionary and what he brings to Manchester United

Rangnick called Cristiano Ronaldo 'too old' in 2016 - how will the pair coexist?

Our View: Three Manchester United changes Rangnick might want to see vs Arsenal

Martinelli's Manchester United snub could be a big mistake

I'm yet to speak to Rangnick - Carrick

Pictures: Ralf Rangnick at Old Trafford for first time since being named manager

Young Boys given permission to travel to Man Utd without quarantining

Man Utd Goal of the Month for November

‘I am hopeful’: Arsenal boss suggests he could field an injured player v Manchester United

A Farewell to Ole before facing the future 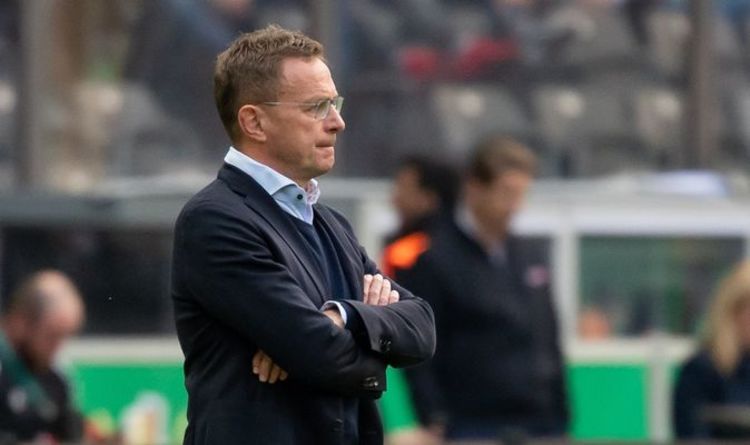 Manchester United have reportedly reached an agreement with Ralf Rangnick to become their interim manager. The Lokomotiv Moscow Head of Sports and Development has been linked with the managerial vacancy since the departure of Ole Gunnar Solskjaer last Sunday, and the Red Devils appear to have secured their short-term target.

According to The Athletic, the former RB Leipzig boss has been offered a six-month loan deal with a two-year consultancy role to follow.

The 63-year-old is famed for his high-pressing, aggressive tactics, which will be a shock to the system of the United players who haven’t been forced to break a sweat over the past few months due to Solskjaer’s slow-building, shaky strategies.

United have the foundations of a squad capable of winning trophies, but their recent 4-1 loss at the hands of Watford highlights that they will still need to recruit.

So, who could Ragnick sign during his short stint in the dugout of Old Trafford?

One of Rangnick’s last signings during his time in the Bundesliga was signing Amadou Haidara from RB Salzburg for £17million.

The Malian has become one of Leipzig’s most important players over the past few seasons and would solve a lot of United’s midfield woes.

And if an offer did arrive for the 23-year-old, it is highly unlikely that the player would turn it down based on his comments about United previously.

“I like Manchester United very much and watch as many games as possible. I dream of playing there.” Haidara told Bild in 2019.

If Rangnick is unhappy with the likes of Fred, Scott McTominay and Paul Pogba in the centre of the park then he may well turn his attention to a previous signing.

Adding a fresh face to United’s frontline will be a major priority for Rangnick.

Although incredibly talented, strikers Cristiano Ronaldo (36) and Edinson Cavani (34) are coming to the end of their careers and Rangnick will want to use his time at the helm to bring in a long-term resolution, and he could return to Leipzig to find one.

Portuguese forward Andre Silva hasn’t managed to hit the ground running since joining the Red Bull Arena outfit, scoring twice in 12 appearances, but could be thrown a lifeline at United.

Silva is a pacey, energetic striker that can hold the ball up well but also run the channels, and he could be a versatile option in the final third for several seasons to come linking up with his international teammate Ronaldo.

The 26-year-old scored 28 goals in 32 league appearances for Eintracht Frankfurt last season, indicating that when the tide turns he is a very clinical forward.