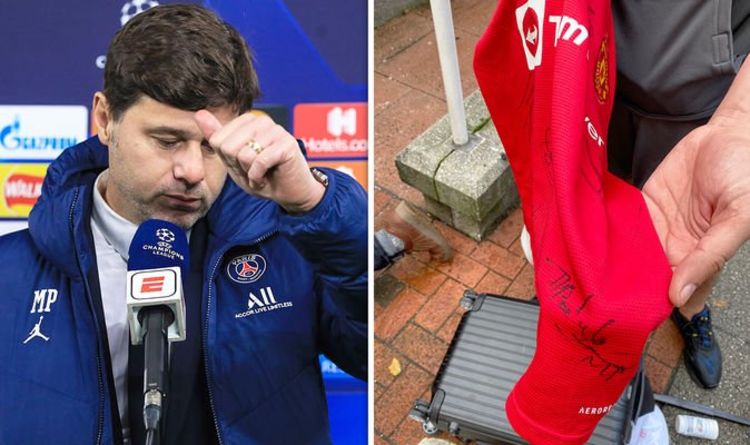 Mauricio Pochettino has been told he should not have signed a fan's Manchester United shirt on Wednesday. Pochettino was in Manchester for Paris Saint-Germain's Champions League match against Manchester City. The Argentine has been strongly linked with the vacancy at United since the departure of Sir Alex Ferguson.

Pochettino has publicly stated he is happy in Paris when asked about the potential of taking over at Old Trafford.

However, reports claim he would be willing to leave during the season if the opportunity arises.

And many United fans got excited on social media on Wednesday when a picture emerged of Pochettino's signature on a United home shirt.

The father of the boy who had his shirt signed spoke to talkSPORT about it later in the evening.

And he claimed Pochettino was told by a PSG representative to not sign the shirt.

But the Tottenham boss ignored those orders.

The father said: “We met Poch today and my kid had his autograph stuff in the bag and you’ve got to go ‘see if you can get him to sign a Manchester United shirt.’

Speaking after the 2-1 loss to City on Wednesday, Pochettino said his players should ignore the rumours about his future.

“We know their situation. We are living in a business that rumours are there, sometimes negative, sometimes positive. That is not a thing to talk about – the rumours.”