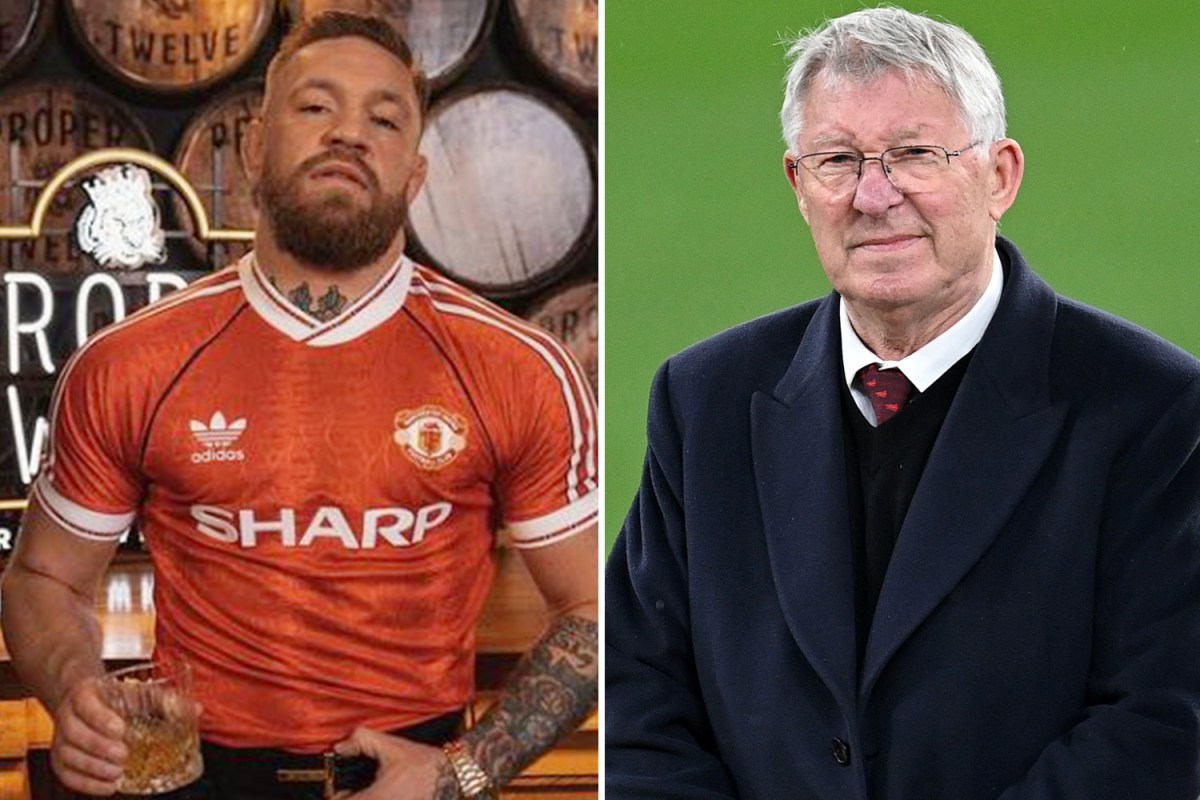 CONOR McGREGOR invited Sir Alex Ferguson for a drink after he waded in on Manchester United's woes.

United fan McGregor tweeted, but swiftly deleted, to say that he would love to share a glass of his Proper 12 whiskey.

It came after the Irishman called for Old Trafford boss Ole Gunnar Solskjaer's role to be 'rearranged' in another deleted post.

McGregor, 33, tweeted: "The issue at United is it’s just bunch of young fellas talking to each other. Peers.

"You need some one above the group chat to take the helm. Ole was on the bench when Ronaldo played. A peer. Not enough.

"Love and respect Ole to the max but his role needs rearranged. My opinion."

But McGregor denied he was firmly in the 'Ole Out' brigade.

He responded: "Never Ole out you silly fool. Ole is forever United!

"His role simply needs to be readjusted, and again, someone above the group chat needs brought in.

"Someone to command the young squad. God bless."

His job is deemed safe for now, but his future could be decided after their next two matches, away trips to Spurs in the league and then Atalanta in Europe.

It is believed the board - including club icon Alex Ferguson - are prepared to give the under-fire manager time to turn things around.

But without a win in five matches, their last coming almost one month ago at West Ham, Solskjaer desperately needs a change of fortune.

Love and respect Ole to the max but his role needs rearranged. My opinion.

SunSport revealed United have already drawn up a four-man shortlist of potential candidates to replace the Norwegian.

Conte won the Premier League with Chelsea in 2017 but is out of work after leaving Inter Milan last summer, despite leading them to the Serie A title.

Similarly, Zidane is out of work since walking out of Real Madrid for the second time.

Rodgers, an ex-Liverpool boss, has emerged as one of the best managers in the country at Leicester, winning the FA Cup last season.

And Ten Hag is currently in charge at Ajax, where he has won two Dutch league titles.

Conor McGregor and wife Dee Devlin look happy as ever as they drive around in £170,000 convertible Bentley