Man Utd would be 'forced to pay Solskjaer £7.5m' if they sack him
Daily Mail 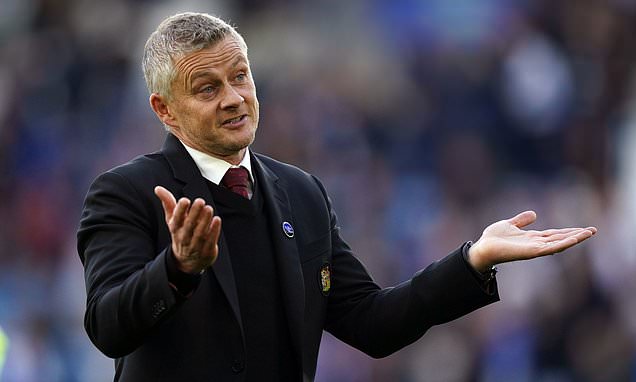 Manchester United would reportedly have to pay Ole Gunnar Solskjaer £7.5m if they choose to sack him, although the under pressure manager will be given more time to turn around the club's form.

United have lost five of their last nine games in all competitions and pressure piled on Solskjaer on Sunday after his side suffered one of their most humiliating results following a 5-0 hammering at home to bitter rivals Liverpool.

During that run they have also won just three games with all the winning goals coming within the final 10 minutes.

According to The Sun, dismissing Solskjaer from his role would result in the Norwegian being given a full year's salary as a severance package by the club, worth around £7.5m.


The reports adds it puts him around fifth in the highest paid Premier League managers and that only Pep Guardiola, Jurgen Klopp, Brendan Rodgers and Marcelo Bielsa earn greater pay.

But Solskjaer's job is not thought to be in jeopardy, despite the fears over his long term future.

He has taken charge of training this week at Carrington as they prepare for a crunch trip on Saturday to Tottenham Hotspur.

Despite boasting stars like Cristiano Ronaldo, the Red Devils continue to struggle this term

The Norwegian took charge in December 2018, but despite making slight progress has still yet to win a trophy at Old Trafford and it has left some members of his squad doubting his ability to take the club further.

Sportsmail understands that United — who gave Solskjaer a new three-year contract over the summer — were planning to review the 48-year-old’s position in December.