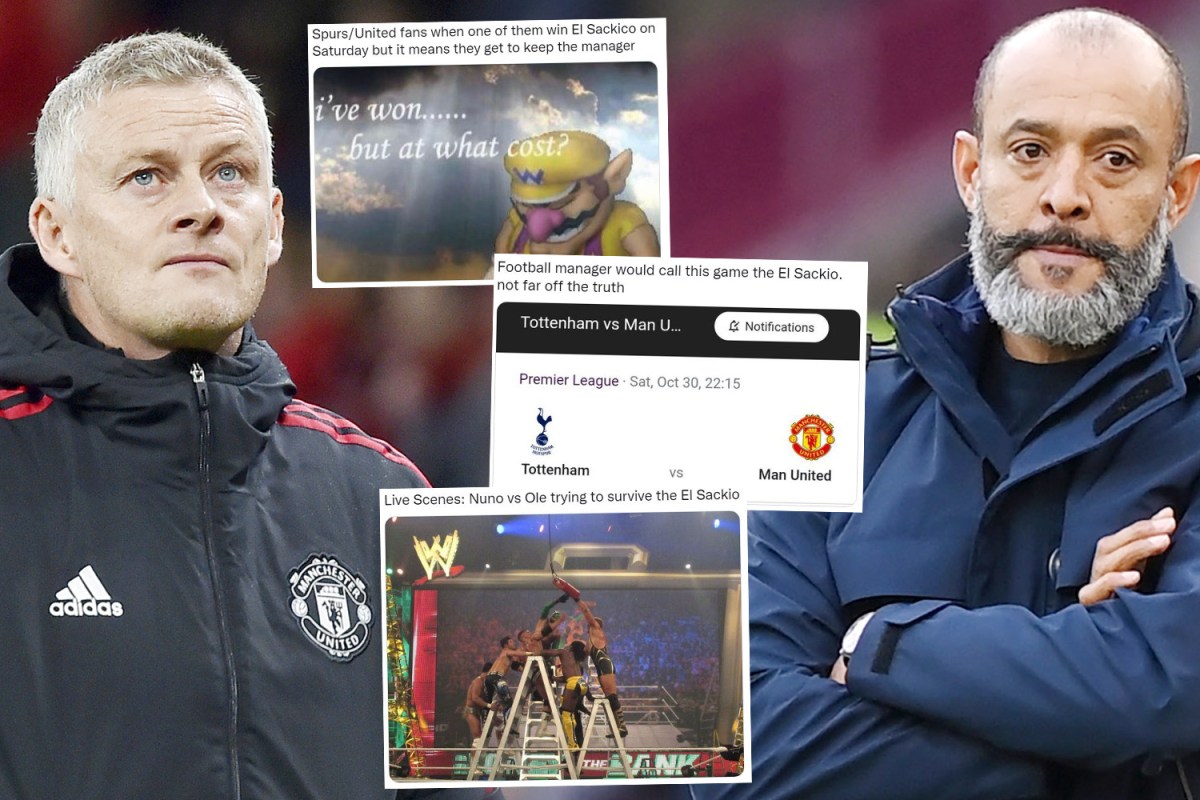 THERE was a time when Tottenham would host Manchester United with title challenges on the line.

But this season it will look more like a sack race when the two Premier League giants meet on Saturday.

Nuno Espirito Santo is under pressure at TottenhamCredit: PA

Fans online have even dubbed the fixture ‘El Sackico’ with managers Nuno Espirito Santo and Ole Gunnar Solskjaer both clinging on by their fingertips.

Nuno finds himself in a mess of his own making after his preferred XI were beaten by West Ham, having all been rested for last week’s Europa Conference League defeat.

And Ole is losing his grip on the United wheel following the 5-0 humiliation by Liverpool on Sunday.

Jokers online have been quick to poke fun at the pair as they countdown to the blockbuster match.

Other pranksters had different suggestions for the match’s dubious new title.

User ‘PalacePatrickD’ labelled the game “The P45 Derby” while ‘larryslord’ dubbed it “The Battles of the Caretakers”.

And rather than force the two teams to go through the 90 minutes of hell expected at the weekend, ‘ShevaughnRacha’ had a different idea to decide the win.

He said: Instead of Spurs playing Man United next week, Nuno and Ole should have a ladder match where the winner has to climb and get a briefcase containing their contract.”