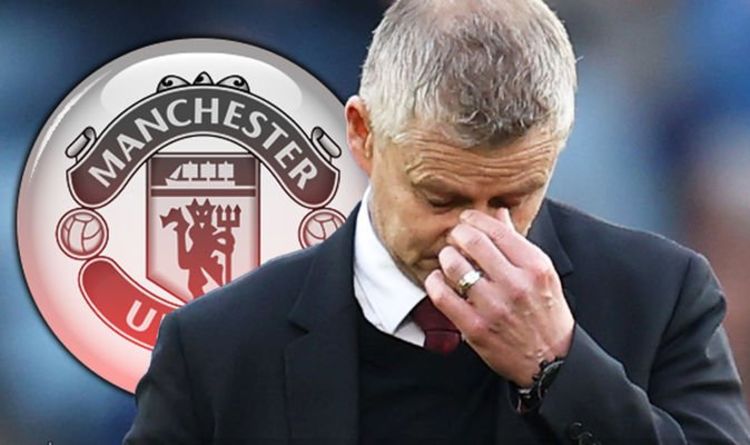 Manchester United would reportedly be forced to pay under-fire boss Ole Gunnar Solskjaer a severance package of £7.5million under his current contract at Old Trafford. After a humiliating defeat by bitter rivals Liverpool on Sunday, the Norwegian supposedly has three games to save his job as tough opposition loom in the next two weeks.

Things got ugly quickly against the Reds on Sunday when Naby Keita gave Liverpool the lead after just five minutes.

Bad swiftly turned to worse as Jurgen Klopp's side mercilessly tore apart the Red Devils, prompting a chorus of boos as United went into half time 4-0 down.

Mohamed Salah's hat-trick and Paul Pogba's red card capped off a torrid afternoon at Old Trafford, and Solskjaer has been under intense pressure since.

The likes of Zinedine Zidane, Antonio Conte and Mauricio Pochettino are reportedly in contention for the United hotseat, meaning the Norwegian must find a result quickly to shrug off doubts about his future.

Ole Gunnar Solskjaer would be due a big pay-off if Man Utd decided to sack him (Image: GETTY)

The United boardroom may be encouraged to hold fire, however, due to his bumper £7.5m severage package as reported by The Sun.

With each passing day, it seems more and more likely that Solskjaer will be given another chance to prove his worth as a trip to Tottenham awaits on Saturday.

Aside from the fact he is a fan-favourite in the dugout and a former cult hero on the pitch, forking out such a hefty sum may also be contributing towards a lack of decisive action taken by the board.

Anyone without that trio of attributes may have been given their marching orders by now, although former team-mate Mark Bosnich told Sky Sports that he still has three games to prove his worth.

Setting up his team so far wide of the mark on Sunday is reportedly causing problems in the dressing room, with sections beginning to lose belief in their manager.

However, MEN claim that Cristiano Ronaldo implored his team-mates to keep pushing hard under Solskjaer in the hope of instigating a turnaround.

Despite the promise of a healthy pay-off, Solskjaer seems in no mood to quit, standing defiant after the final whistle against Liverpool.

"I have come too far to give up. I am not built that way," he said.

"The feeling we have had is we were getting where we wanted to be but in the last few weeks results haven't come and we have hit a brick wall. We have conceded too many easy goals and that is a concern.

"I am still thinking about tomorrow's work, we are all low. This is the lowest I have been but I accept the responsibility, that is mine and mine going forward."