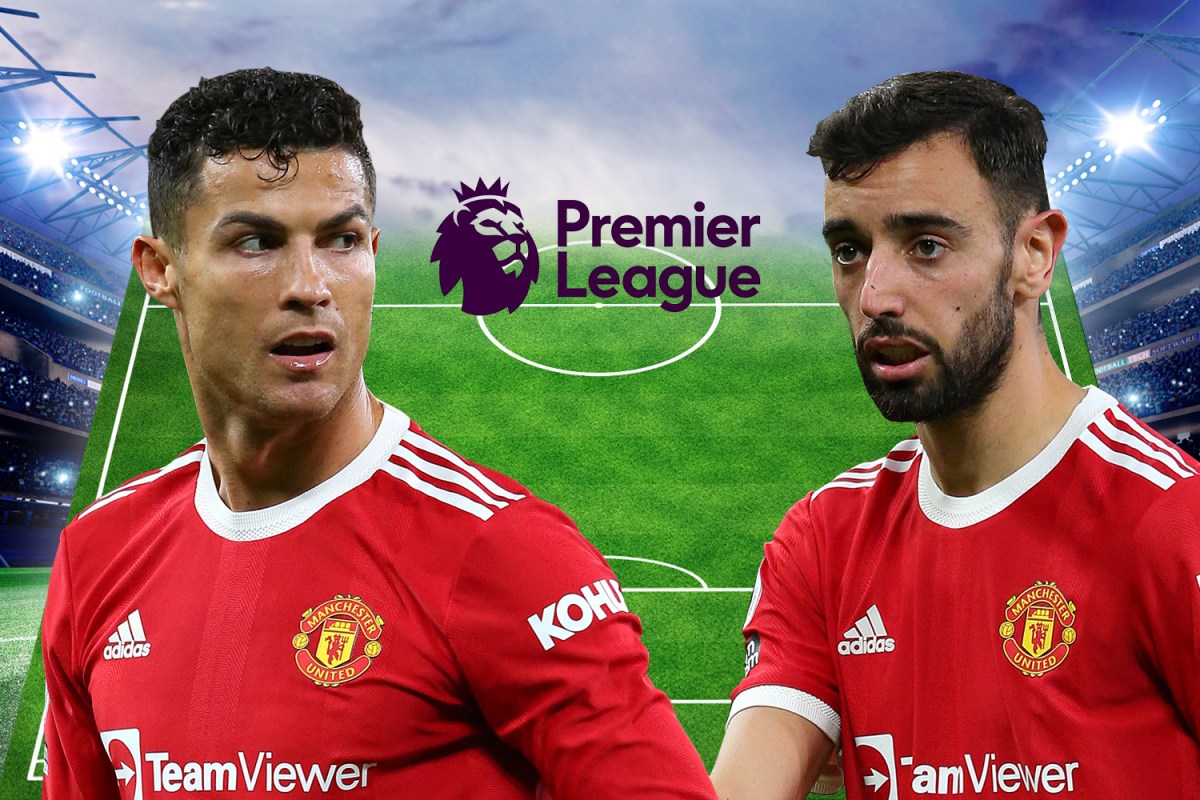 CRISTIANO RONALDO is one of FIVE Manchester United players included in the worst Premier League XI of the weekend.

The Red Devils were thrashed 5-0 at home by Liverpool which has seen nearly half their team included while Norwich players also feature heavily after their 7-0 drubbing at Chelsea.

This is the worst Premier League team of the weekend

Southampton's Theo Walcott is the only player from neither Man Utd or Norwich in the XI after the Saints drew 2-2 at home to Burnley.

And here SunSport collates the worst XI Premier League players of the weekend based on WhoScored's ratings.

He couldn't do much about any of Liverpool's goals.

It seems harsh to see the Spaniard in this team while Harry Maguire and Luke Shaw are nowhere to be seen.

But Norwich's equally shambolic showing saved their blushes. Sort of.

Allowed Callum Hudson-Odoi past him on countless occasions and continued to stand in attacking positions despite the fact his woeful team were getting walloped.

Also failed to block Ben Chilwell's goal and scored an own-goal to cap off a terrible afternoon.

It's baffling the Scot is a Premier League defender and the gulf in class was laid bare for all to see at Stamford Bridge.

As well as his own performance, the organisation among his team-mates was rubbish - something he should have addressed as a senior statesman.

It's only natural that every defender in a team that loses 7-0 makes the worst team of the weekend.

Gibson deserves to be featured more than most as not only was he abject during the game, he also got himself sent off on 65 minutes with his team 5-0 down.

Hauled off at half-time and was replaced by Man Utd loanee Brandon Williams.

Reece James made mincemeat of him during a torrid first 45.

Spent just 15 minutes on the pitch as a Gibson-esque lack of discipline saw him shown a red card soon after coming on.

Replaced Mason Greenwood at half-time, gave the ball away for Liverpool's fifth and final goal, got sent off.

Paul Pogba was sent off just 15 minutes after coming on but he still found time to gift Liverpool a goalCredit: AP

Very much the best of a bad bunch for the Canaries this season.

But at Chelsea he tried and failed with just two tackles, made ZERO blocks or interceptions and his pass success rate was just 70 per cent.

His performance proved once again United cannot afford to play such attacking and unbalanced personnel who are either not willing or not asked to defend.

Was lucky to last the 74 minutes he did against the Clarets.

The former Arsenal winger didn't even attempt a dribble, only touched the ball 21 times and gave the ball away from almost HALF of his passes.

Made no key passes and his pass completion rate of 68.4 per cent was the worst of any player on the pitch at Old Trafford.

Gave the ball away three times which was only beaten by Diogo Dalot.

Had a goal ruled out for offside.

Looked furious for almost the whole afternoon though didn't trouble himself to actually contribute to a comeback.