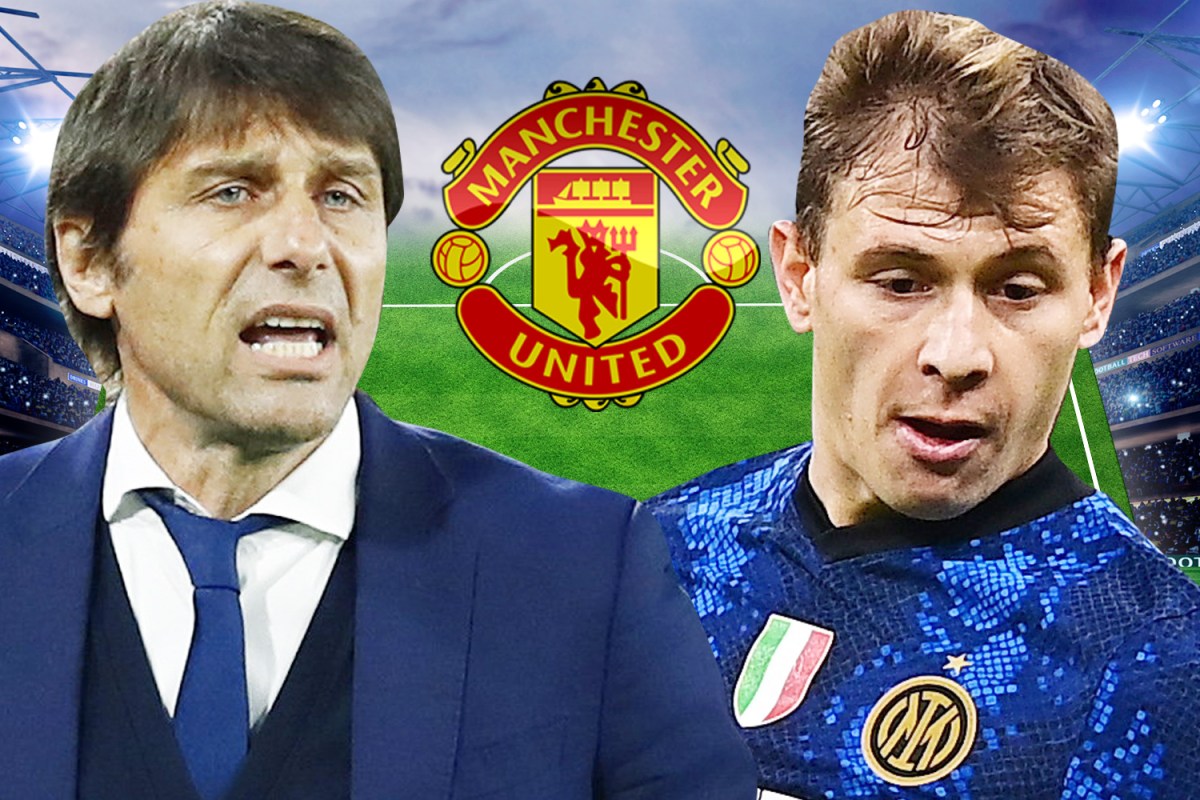 ANTONIO Conte is the bookies favourite to replace under pressure Ole Gunnar Solskjaer at Manchester United.

And SunSport has explored how the Red Devils could line-up if the 52-year-old former Chelsea boss is appointed at Old Trafford.

How United could line-up under Conte

SunSport exclusively revealed a leading agent has been instructed to contact some of the biggest names in the game, with Brendan Rodgers, Zinedine Zidane and Erik Ten Hag shortlisted - alongside Conte.

Italian Conte is famed for his three-at-the-back formation, and would likely employ either a 3-5-2 or a 3-4-3.

He led Inter to the Serie A title last season under a 3-5-2, and could bring some of the players he coached at San Siro to Old Trafford.

United are reeling after being thumped 5-0 by Liverpool at the weekend meaning reinforcements in January could be on the cards.

And with midfield pair Fred and Scott McTominay the subject of criticism, it could be the middle of the park that Conte overhauls first.

Nicolo Barella is one of the brightest stars in Italian football and has been linked with a move to Old Trafford regardless of who is in charge.

Inter teammate Marcelo Brozovic could complete the midfield rebuild, with the 28-year-old Croatian international out of contract at San Siro at the end of the season.

It means United could opt to sign him for a cut price deal in January, or snap him up on a free in the summer.

Alonso is enjoying a new lease of life at Stamford Bridge, helping the Blues to the top of the Premier League.

He also fits Conte's wing-back system and the 26-year-old was a key feature of Conte's team that won the title in 2017.

Conte he could also bring Matteo Darmian back to Old Trafford - another player who fits his wing-back system.

The 31-year-old has experience playing both for United and under Conte and could be a shrewd addition.

Three-at-the-back would mean potentially signing another centre-back - and highly rated Slovakian centre-back Milan Skriniar could be the man for the job.

The 26-year-old Inter defender is out of contract in 2023, meaning the Nerazzuri face losing him on a free transfer if he is not sold next summer.

Lautaro Martinez could be the man to partner Cristiano Ronaldo up front in a deadly strike force.

The 23-year-old Argentinian was linked with a £60million move away from Inter in the summer.

Earlier this month it was reported he would sign a new contract at Inter 'within days' but no announcement has been made, meaning talks could have stalled.

An alternative United XI under Conte

Alternatively United could line-up in a 3-4-3 formation under Conte and employ wingers.

Both Ousmane Dembele and Federico Chiesa have been linked with the club, and would form a formidable front three either side of Ronaldo.

The Red Devils could also turn their attention back to Kieran Trippier, who was heavily linked with a move in the summer.

Youri Tielemans is also at the centre of ongoing speculation.

The 24-year-old is out of contract in 2023 and is believed to have turned down a new contract at the King Power, putting clubs on red alert.