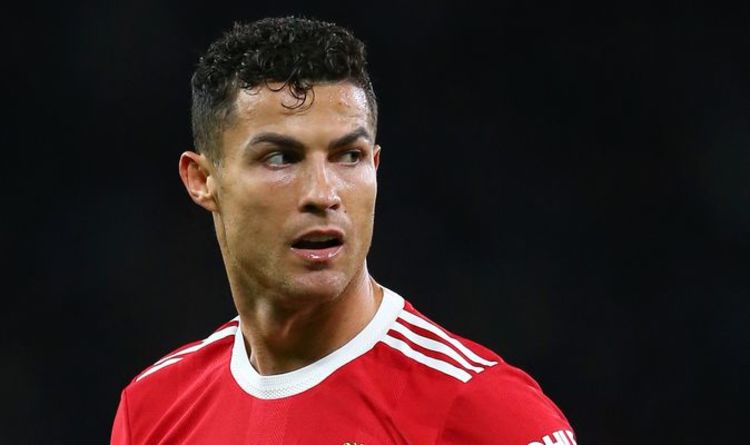 Cristiano Ronaldo is encouraging his Manchester United team-mates to stand by Ole Gunnar Solskjaer amid the ongoing speculation over the latter's immediate future, according to reports. The Red Devils boss currently finds himself in hot water at Old Trafford following Sunday's embarrassing home defeat at the hands of Liverpool.

United were torn apart on their own patch by their Merseyside rivals, with Naby Keita and Diogo Jota handing the Reds an early advantage before Mohamed Salah's hat-trick condemned the hosts to their worst defeat in recent memory.

The result has piled the pressure on Solskjaer, who was already under fire before kick-off on Sunday, to deliver a rapid response in order to keep his job.

Former Inter Milan boss Antonio Conte has reportedly expressed an interest in taking over at United, who are said to have made contact with the Italian's entourage on Monday and Tuesday.

However, Solskjaer is expected to remain in charge against Tottenham on Saturday afternoon, with club chiefs prepared to give the Norwegian boss a final opportunity to put things right.

A number of United players are believed to have lost faith in the 48-year-old since the beginning of the season, but it seems as though Ronaldo is looking to use his presence in the dressing room to unite the squad behind their current manager.

The five-time Ballon d'Or winner is attempting to rally his team-mates as he seeks to get them on the same page ahead of the club's next few matches, according to the Manchester Evening News.The report claims that Ronaldo has instructed the rest of the United squad to avoid downing tools, regardless of their personal opinions on Solskjaer, until the situation is resolved.Many players have been left confused by Solskjaer's decision-making as of late, with his reluctance to play Jesse Lingard and Donny van de Beek said to be a major sticking point.

It remains to be seen whether Ronaldo's intervention will have the desired effect ahead of Saturday's meeting with Tottenham in north London.

It seems likely that Solskjaer will be given his marching orders in the event of another toothless performance by United as they seek a return to the Premier League's upper reaches.

The former Molde and Cardiff City boss admitted after Sunday's defeat to Liverpool that he was at his lowest point since taking charge of the Red Devils.

However, he insisted that he is still the right man for the job as he prepares to go in search of an immediate response against Spurs.

"I've just got to say we have to get over this as quickly as we can," Solskjaer told Sky Sports.

Solskjaer is under contract at United until the summer of 2024 (Image: EXPRESS)

"It is going to be a difficult one. The players will be low but there's loads of characters there.