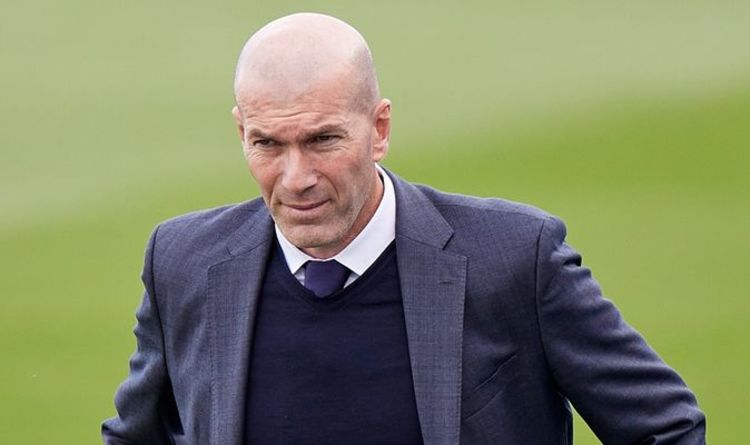 Zinedine Zidane's former teammate Geremi believes the Frenchman 'would like' the challenge of becoming Manchester United manager. But his preference to avoid a mid-season switch could force the club to look elsewhere for Ole Gunnar Solskjaer's potential successor.

Solskjaer could be sacked as United boss before next month's international break, depending on the outcome of the upcoming three games.

The Red Devils will likely make a change if they suffer defeat against Tottenham Hotspur, Atalanta or Manchester City.

And after his success at Real Madrid as a player and manager, Zidane has been touted as his potential replacement.

Interestingly, Geremi has not only claimed that Zidane would thrive at Old Trafford but suggested he'd be interested in the opportunity to do so.

JUST IN: Man Utd have 'three contenders in mind' to replace Solskjaer

He exclusively told Ladbrokes: "Could he [Zidane] become Manchester United's manager? Based on his ability to surprise us already, I would say wait and see.

"At that level, with the performances that he demands, I don't think there's a team in world football that Zinedine couldn't manage. To manage a big club, you need a person with a big personality.

"Someone like Zinedine, a former player at the top level, can speak to his players and relate to them. He can speak to them without fear.

"It would be so easy for younger players in a team to receive a message from someone of Zidane's stature.