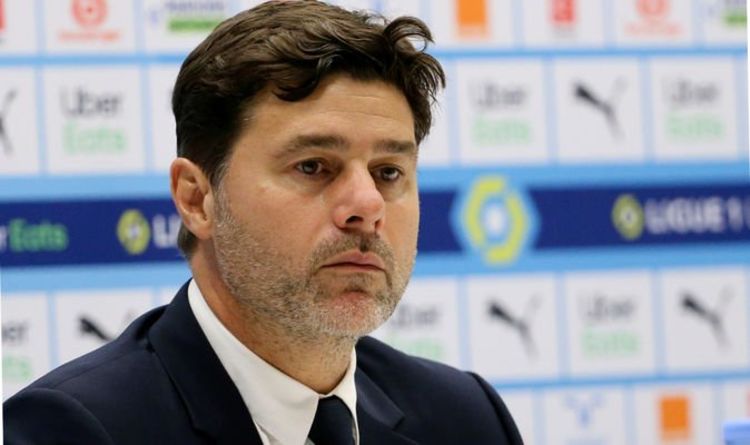 Manchester United boss Ole Gunnar Solskjaer has come under heavy fire since overseeing a humiliating 5-0 home defeat at the hands of bitter rivals Liverpool on Sunday. Speculation surrounding his future has been intense, and could become even more so as rumours of unrest between Mauricio Pochettino and PSG leaves the door ajar for the Red Devils.

The home crowd were not shy in voicing their anger as Solskjaer scurried back to the dressing room 4-0 down at half time.

A similarly deafening chorus of boos may have been heard at full time if thousands upon thousands of fans had not already headed for the exits.

With a Mohamed Salah hat-trick, a 5-0 score-line and a Paul Pogba red card all taking place on one afternoon, it was a weekend to forget for Solskjaer and United.

The likes of Antonio Conte and Zinedine Zidane are supposedly being courted to replace Solskjaer behind the scenes, although reports of 'doubts' creeping in from PSG bosses at Pochettino's performance has also thrown his name into the equation.

United's admiration for the Argentine is a poorly kept secret, and the Manchester Evening News claim that they got as far as formal contact with his representatives in 2020.

At that point, Solskjaer was on a similarly dismal run of results, although being thrashed by the Reds undoubtedly came as a new low during his tenure.

Just a matter of weeks later, Pochettino was unveiled as the new PSG manager, sealing a return to the club where he had spent two years as a player.

Being pipped to the Ligue 1 title by Lille was hardly a good start, however, and although they are seven points clear at present, the boardroom reportedly 'have doubts'.

While a change may be on the horizon, with each passing day it looks as though Solskjaer will remain in charge for Saturday's trip to Tottenham.

All eyes will be on the boss as he attempts to mastermind a turnaround in form, and club icon Gary Neville knows how important the next few days could be for his former team-mate.

"The pressure after this [Liverpool] game is going to be intolerable in some quarters," he told Sky Sports:

"The fans haven't turned on the manager in the ground - they never will. But they know that's not acceptable.

"Something has to change in that dressing room and with this coach and it's got to change very quick."