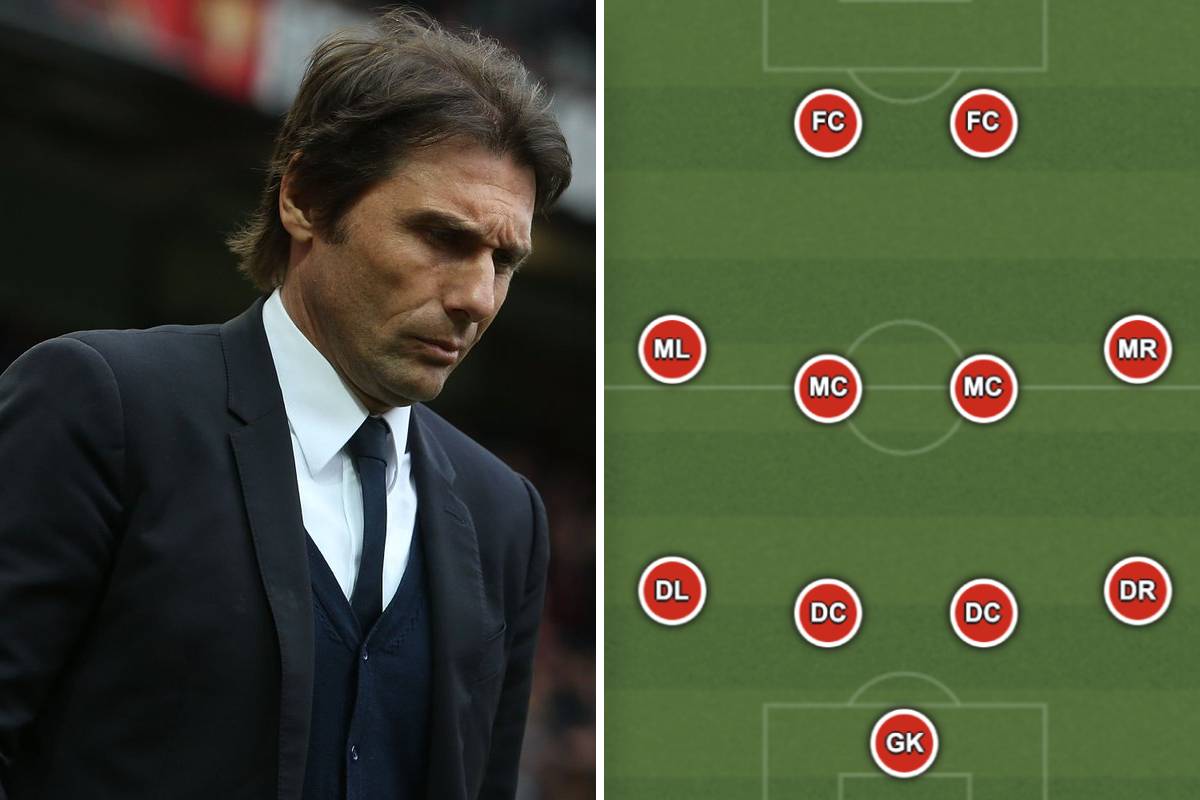 With Antonio Conte being linked with the Manchester United job, CaughtOffside have considered how the Red Devils could line up under the Italian’s stewardship.

The pressure is mounting on Ole Gunnar Solskjaer following Man United’s dismal 5-0 defeat to Liverpool at Old Trafford. The club legend appears to have survived, for now, but any more negative results could spell the end of his time in the hot-seat.

According to the reliable Fabrizio Romano, Antonio Conte would take the Red Devils job in a heartbeat. Conte, though rough around the edges, virtually guarantees success and silverware, something United are in dire need of.

While Solskjaer is still in charge and there doesn’t appear to have been any approach for Conte at this point in time, we’ve considered how Man United could line up under the Italian, should he eventually be appointed.

Were Conte to be appointed tomorrow without the prospect of signing players, he’d have to establish an XI that’d stop the rot and tighten Man United up at the back. That would likely involve a switch to his preferred 3-4-3 system.

While there are notably absentees in the above XI, the likes of Bruno Fernandes, Jadon Sancho and Aaron Wan-Bissaka, Conte has proven previously that he doesn’t care about reputations, rather their suitability to his methods.

Diogo Dalot is far more suited to a right-wing-back role than Wan-Bissaka, there is no real ‘no. 10’ position for Fernandes to occupy in Conte’s 3-4-3, which spelled the end of Oscar’s Chelsea career, with Sancho being in dire form as of late.

Nemanja Matic was a favourite of Conte’s during his time at Stamford Bridge and, despite the fact he’s now 33-years-old, is the most logical pick alongside Paul Pogba, another player who has worked under the Italian previously.

While a team of this nature could be what we’d see in the immediate aftermath of Conte’s appointment, you’d expect Man United to splash the cash later down the line in order to provide him with the players that he wants.

That could leave the team looking something like this…

The Athletic reported in the summer that Man United were keen on signing Kieran Trippier from Atletico Madrid. Were they to reignite their interest, the England international would be ideal for the wing-back role in Conte’s system.

Milan Skriniar is one of the finest centre-backs in Serie A and has proven himself able to excel in the right-centre-back position under Conte. It would be no surprise to see him land himself on Man United’s transfer radar.

As for Nicolo Barella, his inclusion is not merely as a result of his history working with Conte, he offers everything in the middle of the park that Man United are currently lacking. He would be an unbelievable addition to the side.

There are plenty of ifs, buts and maybes attached to this prospective XI but it’s a fair forecast of how Man United could look with Conte in the dugout. It all depends on them pulling the plug on Solskjaer…