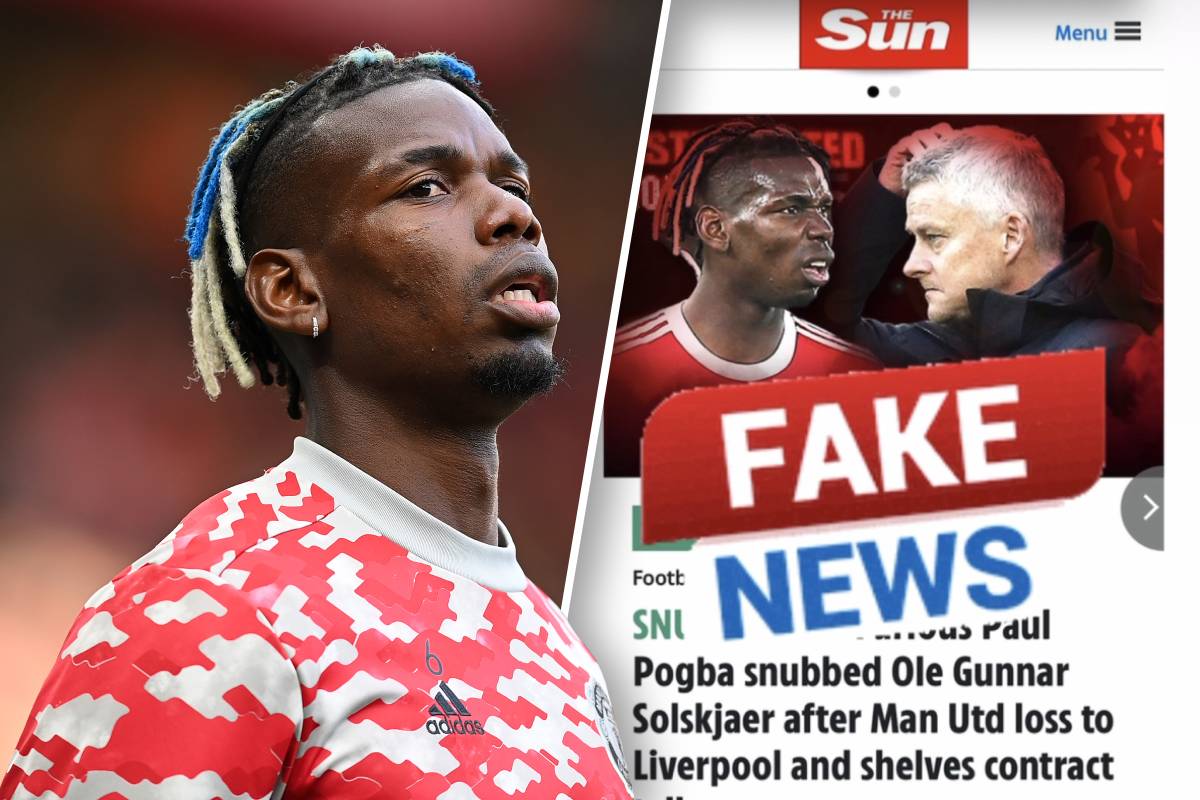 Paul Pogba has hit back at claims made by The Sun newspaper over his feelings towards Manchester United manager Ole Gunnar Solskjaer.

Pogba was left out of the starting XI as Man United were defeated 5-0 by arch-rivals Liverpool. The Frenchman was introduced as a second-half substitute, only to be sent off following a nasty challenge on Naby Keita.

In wake of the defeat, which threatened to end Solskjaer’s tenure at Old Trafford, Pogba’s precarious contract situation and omission from the team was seemingly seen by the tabloids as the perfect opportunity to drum up trouble.

The Sun reported in wake of the game that Pogba had given Solskjaer the cold shoulder in the dressing room after the game, refusing to apologise to his manager for the red card, despite having done so to his teammates.

The report also noted that Pogba would not be signing a new contract with Man United if Solskjaer remains as manager. His current deal is due to expire in the summer of 2022, with there being considerable doubt over his future.

None of those claims made have any validity to them, or so Pogba claims. He took to Twitter to brand the report fake news, with it being a rare case of a player directly referencing a specific news article relating to them.

The Sun have not deleted the article. It remains to be seen if Neil Custis will be doubling down on the claims he has made or will be issuing an apology to Pogba in due course…