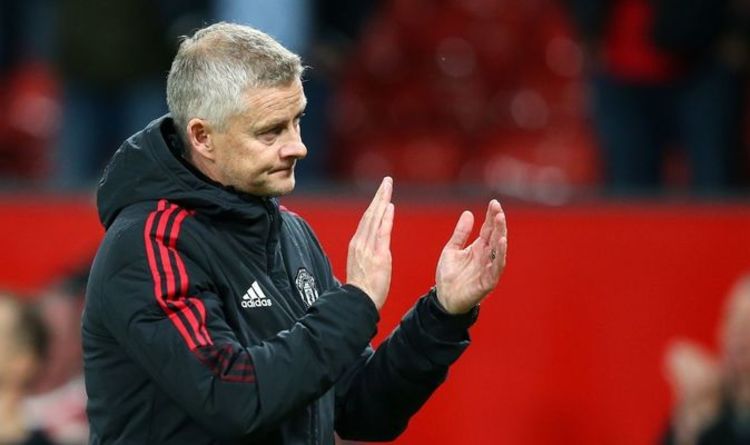 Manchester United reportedly have at least three potential targets in mind if they are to fire Ole Gunnar Solskjaer. The Norwegian has now been told he will take charge of this Saturday's trip to Tottenham (5.30pm) but failure to deliver three points or at the very least a positive performance, will likely see him relieved of his duties.

Solskjaer has somehow managed to survive the 5-0 demolition against Liverpool with former manager Sir Alex Ferguson stepping in to support him.

It's understood the United icon was at Carrington yesterday to hold talks with the club's hierarchy regarding the current crisis.

Ferguson is believed to have told the board to give Solskjaer the chance to put things right this weekend at Spurs and that is what they tend to do.

However, United are also already planning ahead in case they do decide to part company with their current boss.

Man Utd boss Ole Gunnar Solskjaer is facing a fight to save his job (Image: GETTY)

Per reports, Antonio Conte is the leading candidate for the job.

Express Sport understands that the Italian is ready to pick up the phone and speak to United should they wish to discuss the potential poison.

Conte initially decided he would prefer to wait until the end of the season to jump into his next position but a club with the stature of United would prove hard to turn down.

The Daily Mail also report that as well as being keen on Conte, Erik ten Hag and Brendan Rodgers also have their admirers at United.

Those three are the names currently under consideration but crucially both Ten Hag and Rodgers are currently in potions with Ajax and Leicester respectively.

The Ajax boss - who only signed a new contract in Amsterdam earlier this summer - is now high in demand due to his side's scintillating form both in Holland and the Champions League.

Ajax recently blew Borussia Dortmund away 4-0 and are top of their group having won all three matches in Europe this season.

The Dutch giants have also conceded just two goals in the Eredivisie in 10 matches, winning eight of those and scoring 37 - 12 more than any other side.

Newcastle are also reportedly keen on Ten Hag and would be prepared to pay him an annual salary of up to £6million per year.

Although he is keen on managing in the Premier League, the 51-year-old is not thought to be keen on the Newcastle project.

Former Real Madrid boss has totally ruled himself out of the running though, according to multiple reports.

Zidane is currently eyeing the France job with Didier Deschamps expected to depart after the 2022 World Cup in Qatar.

Graham Potter has also been mentioned as a surprise contender for the United job following his impressive start to the season with Brighton.