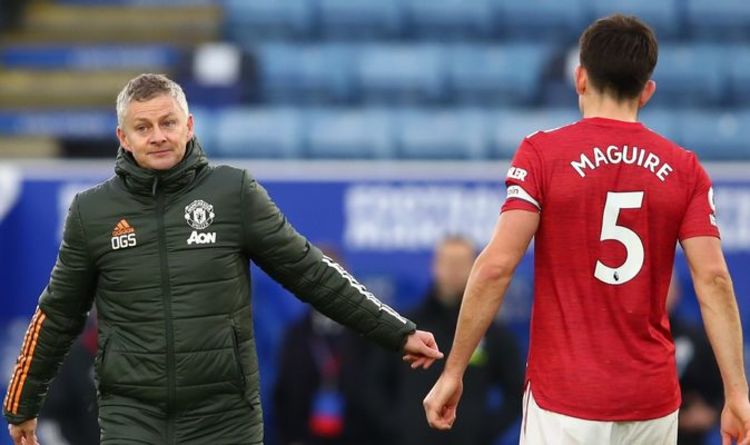 Manchester United boss Ole Gunnar Solskjaer has been openly challenged by a member of his squad over the decision to name Harry Maguire as United's captain, according to reports. The Norwegian is under intense pressure after United were annihilated by rivals Liverpool 5-0 last weekend.

Solskjaer's position has been scrutinised before, but to nowhere near the extent that it has this week, with the temperature cranked up to almost unbearable levels for the United chief.

Despite concerns amongst the Old Trafford hierarchy, Solskjaer has been given a brief reprieve, with the United boss set to remain in charge for this weekend's Premier League clash at Tottenham.

But rumblings of United's interest in Mauricio Pochettino and Antonio Conte as potential replacements for Solskjaer refuse to go away.

And a new report which highlights his squad openly questioning his decisions is the latest blow for the beleaguered United chief.

According to The Times, Solskjaer spoke to his squad after the damning 4-2 loss to Leicester City a couple of weeks ago and invited his players to tell him what had gone wrong.

But it appears that move may have backfired, with sources indicating that the players didn't hold back - with one even challenging Solskjaer on his decision to hand Maguire the captaincy back in 2020.