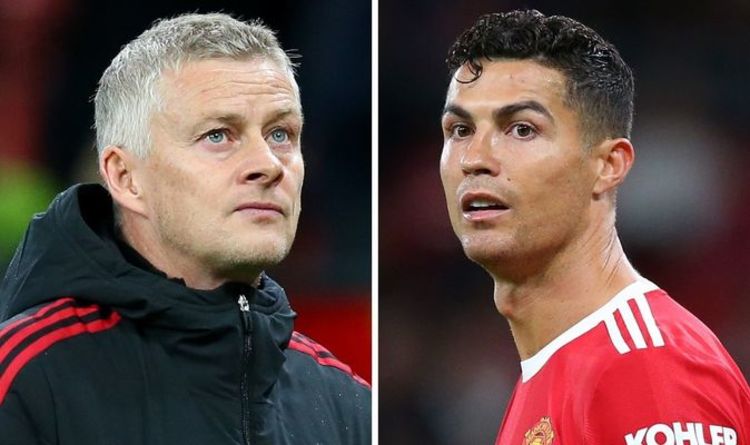 Arsene Wenger has urged Manchester United boss Ole Gunnar Solskjaer to improve his squad's balance in order to extract the very best from Cristiano Ronaldo this season. The mercurial Portuguese winger has made a flying start to his second spell at Old Trafford with six goals from 10 appearances in all competitions.

However, he has failed to prevent the Red Devils from slipping to seventh in the Premier League table after picking up just one point from their last four outings.

Ronaldo was a far cry from his usual self during Sunday's humiliating defeat at the hands of Liverpool, who ran riot with a five-star performance at Old Trafford.

Goals from Naby Keita and Diogo Jota saw the visitors race into a quick-fire lead before Mohamed Salah's wonderful hat-trick condemned United to their most painful defeat in recent memory.

The club's poor run of recent form has led many to suggest that a move for Ronaldo should have been avoided over the summer in order to strengthen elsewhere across the pitch.

United's holding midfield area has looked particularly shaky as of late, but the Red Devils failed to reinforce the position after committing their resources to a late swoop for the five-time Ballon d'Or winner.

Solskjaer moved to bring Ronaldo back to United over the summer (Image: GETTY)

However, Wenger has insisted that Ronaldo's purchase can be justified if Solskjaer is able to keep him firing on all cylinders by striking the right balance.

"I wouldn’t say it was a mistake, but certainly some emotional impact was in there because he has been a fantastic player," said the legendary former Arsenal boss.

"No, I believe Ronaldo can still score you the goals you need. Can he repeat every three games, very high intensity games?

"That’s certainly less the case today but let’s not forget he was the hero three days ago [against Atalanta last week]. When you buy a player like that, the secret is the balance of the team.

"To play Ronaldo, he can win you games, but you need to create the balance around him."Ronaldo managed just 38 touches and one shot on target against Liverpool, who were the better side from the very first whistle on Sunday afternoon.The former Real Madrid and Juventus forward saw a second-half consolation goal ruled out by VAR and was lucky to avoid being sent off for a kick at Curtis Jones on the stroke of half-time.

He issued a defiant message via Instagram in response to the defeat after the full-time whistle, calling on his United team-mates to step things up in their search for a positive response over the next few weeks.

United have failed to win any of their last four Premier League games (Image: EXPRESS)

"And this is on us, only on us, because there's no one else to blame. Our fans were, once again, amazing in their constant support.

"They deserve better than this, much better, and it's up to us to deliver. The time is now!"

United will be hoping for a return to winning ways on Saturday when they travel to face Tottenham in their next Premier League outing.