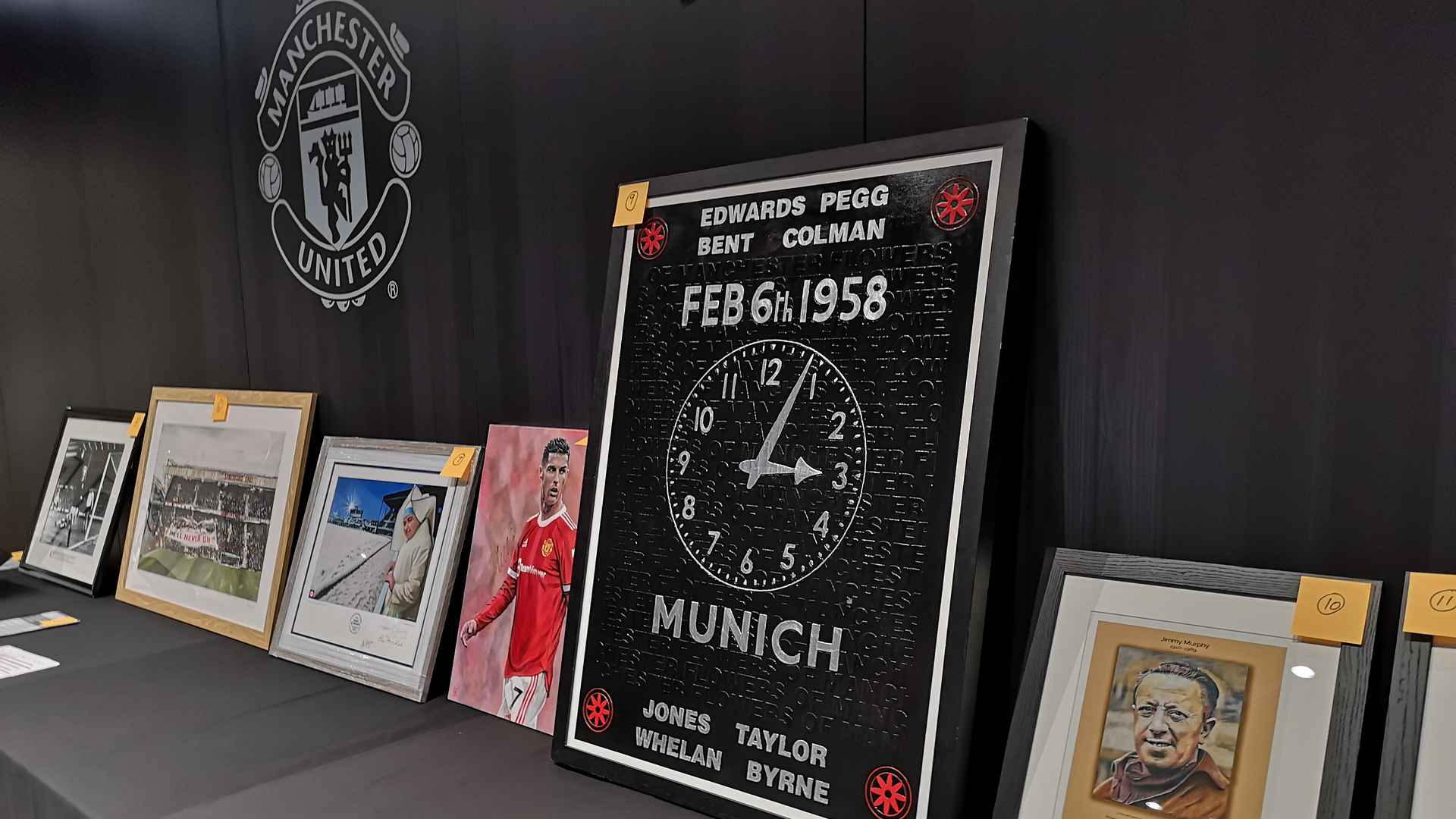 The Manchester Munich Memorial Foundation has raised over £21,000 for charity, in honour of the Busby Babes’ legacy.

The foundation, which was set up four-and-a-half years ago, hosted their annual dinner last Friday (22 October) in the Manchester Suite within Old Trafford.

The 310 guests present – including club legend Bryan Robson, representatives from the Former Manchester United Players’ Association, plus relatives of the Babes – enjoyed a great evening full of laughter and storytelling.

Over 300 guests attended the event, including United hero Bryan Robson.

The MMMF is dedicated to “preserving the legacy of the Munich 1958 Air Disaster and ensuring this legacy is handed on to future generations”.

A registered charity, the group endeavours to support fellow charitable organisations in Manchester, Munich and Belgrade – the three cities directly linked to the disaster – to commemorate the achievements and sacrifice made by arguably the club’s greatest-ever team.

The evening was hosted by ‘The Voice of Old Trafford’, Alan Keegan, who led the audience through a dramatic auction which helped raise the impressive £21,365, in which numerous pieces of United memorabilia, artwork and prizes were sold.

There was also a draw for two fans (one adult and a child) to represent all Reds at next year’s anniversary ceremony in Munich.

Keegan and Manchester United Foundation CEO John Shiels pulled out the winners: Michelle and Gabrielle Skinner from Runcorn in Cheshire.

Robbo meets with fans at the event.

The heart of the evening was a series of speeches, however, which hammered home both the incredible, inspirational achievements of the Babes and the importance of the MMMF fundraising which is now taking place as a tribute to them.

First we heard from Carly Lyes, who works for Depaul UK, a youth homelessness charity that the MMMF has been supporting. Many of the youngsters that Depaul help are no older than Duncan Edwards et al were when they first chose to join Manchester United all those years ago. Every pound donated via the MMMF is now being used to enable Depaul to help young people deal with the huge challenges they can face on the streets of Manchester. Then we listened to two well-known Reds whose memories of the Babes remain razor-sharp: Roy Cavanagh and Tom Clare.

Both have written numerous books on United and the Babes, and wowed the crowd with personal reminiscences that took us right back to the Old Trafford terraces during the 1950s.

Carly Lyes of Depaul UK explains how the MMMF's donations have helped to fight homelessness.

Singer Tracey Malone joined via video link to deliver a powerful rendition of ‘The Flowers of Manchester’ before another video message, from Karl-Heinz Rummenigge, was played.

In a statement, the MMMF said: “We would like to thank everyone for coming out to support us, for donating some truly magnificent auction prizes, and helping us continue to support children’s charities in Manchester, Munich and Belgrade in the memory of our beloved Busby Babes.”