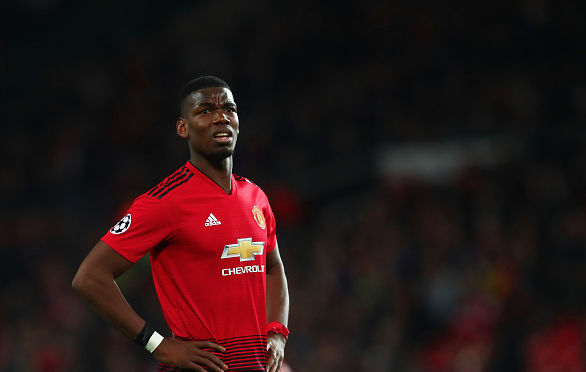 Raiola the told The Times there’s been “no update” on his client extending his stay at Old Trafford beyond this season. This came days after the 28-year-old received a red card for his tackle on Naby Keïta in the Red Devils’ 5-0 defeat to Liverpool.

Another report from AS explains Pogba’s situation in Manchester makes it ‘easier’ for Real Madrid to sign him on a free transfer. They state: ‘The coordinates for the possible arrival of Paul Pogba to Real Madrid begin to show a path.’

Ole Gunnar Solskjaer, whose job at Old Trafford is under threat, left the player out of the starting XI in the last two matches, against Atalanta and the Reds.

It’s claimed there is a ‘disconnection’ between the manager [who prefers Scott McTominay and Fred in midfield] and the France international.

AS say the Norwegian has ‘put a cross’ on Pogba, whose days at United seems to be numbered.

The outlet once again points out their earlier report about Raiola wanting to wait until April to hold talks with the Premier League side about the former Juventus star.

This is ‘beneficial’ for Real Madrid. AS even add: ‘A disgruntled Pogba at United is an incentive for him to change scene and seek refuge at the new Bernabéu where he has friendly faces’.

All these factors make it ‘easier’ for Real Madrid to potentially sign him for nothing next summer.