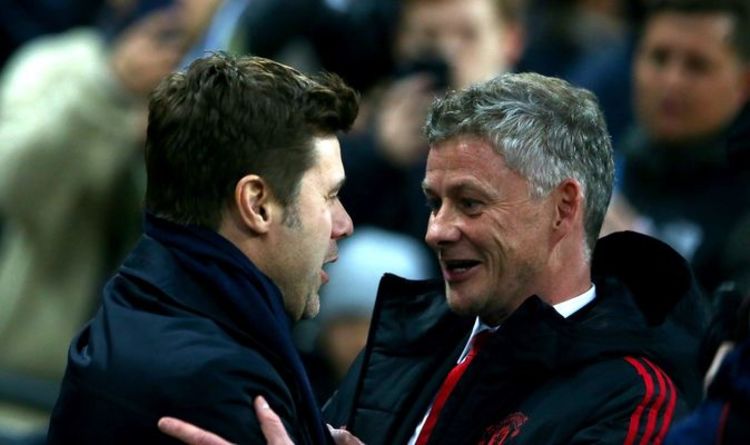 Paris Saint-Germain manager Mauricio Pochettino reportedly has “growing support” within the Manchester United hierarchy, as Ole Gunnar Solskjaer’s future as United boss hangs by a thread. The current picture is a glum one for the Norwegian boss, after he watched in horror as his side were decimated 5-0 by Jurgen Klopp’s Liverpool side at Old Trafford.

Solskjaer’s reign at the Theatre of Dreams is now in serious peril, as the Red Devils are now floundering in seventh place eight points behind Premier League leaders Chelsea.

But the way United were obliterated by Liverpool, particularly in the first half which saw them concede four remarkably soft goals, looks to have really frightened the United hierarchy.

It was believed United director Richard Arnold even cancelled all his prior engagements to hold a crunch meeting with owner Joel Glazer at around 11pm.

However, a report from the Daily Star claims Solskjaer has been spared the Old Trafford axe, courtesy of intervention from the senior players of the squad.

Mauricio Pochettino looks to be high on the list if Ole Gunnar Solskjaer is sacked by Man Utd (Image: GETTY)

It is understood many members of the squad have come forward and highlighted the popularity and belief Solskjaer still has amongst the squad, despite the horrific run of results.

Sacking Solskjaer, just a few months after giving him a new £20million contract and spending the best part of £140m on Jadon Sancho, Raphael Varane, and Cristiano Ronaldo, would be a huge admission of defeat for the United board.

And while they appreciate how “brutal” the home defeat to Klopp’s men was, the United board are showing no signs of rushing into an abrupt decision on his future.

It is understood the board are intent on buying themselves more time to consider Solskjaer’s current performance, as well as any potential candidates to replace him.