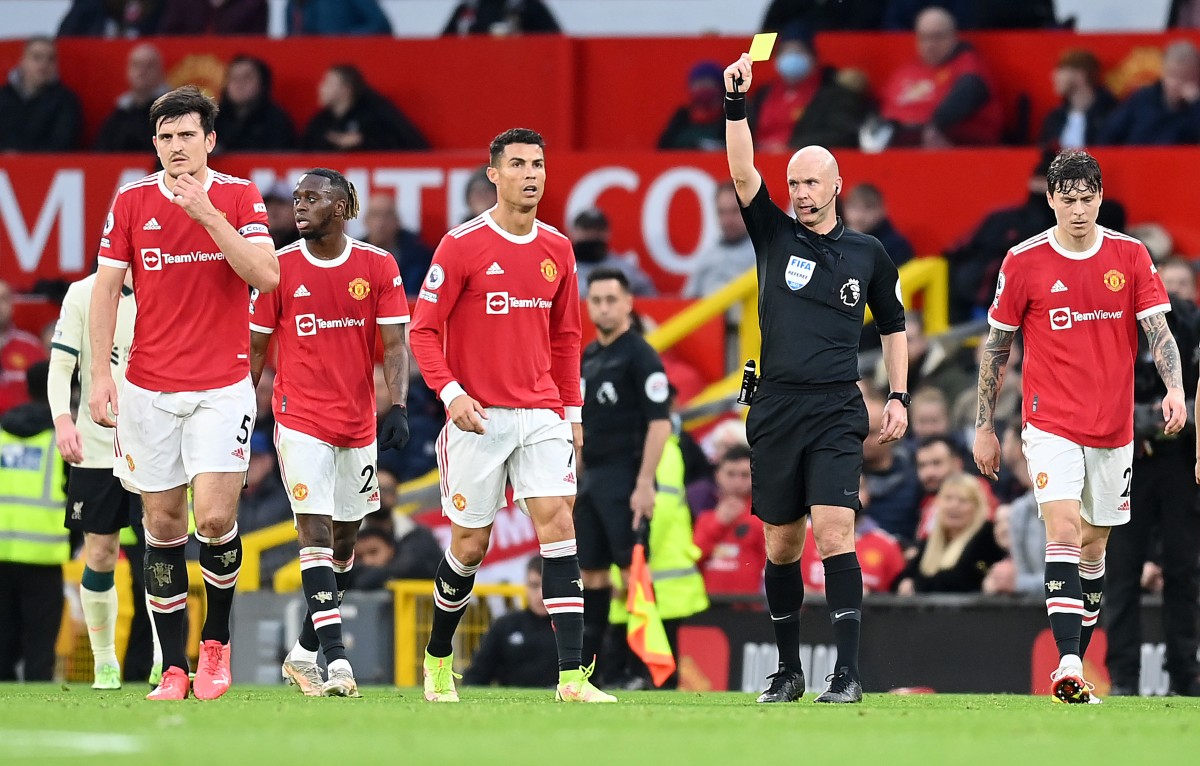 Jurgen Klopp’s side thrashed Man Utd 5-0 in a stunning performance, with Paul Pogba also sent off by Taylor in the second half.

However, according to The Athletic, Liverpool feel that a few decisions went against them and that Fred was another player in particular who was lucky not to be sent off for the Red Devils.

The report states that the Liverpool bench had the impression that Taylor was going a little easy on United out of pity, with Ole Gunnar Solskjaer’s side already well on their way to an embarrassing defeat.

We’ll never know for sure if that affected how Taylor approached the game, but former Premier League referee Mark Halsey also gave his view to CaughtOffside that Taylor didn’t have the best game.

“The first big talking point was Cristiano Ronaldo’s challenge on Curtis Jones – the ball was on the floor and very close to Curtis Jones,” Halsey said. “Is he kicking the ball into the player? You can see he’s kicking it very hard and some would argue he was lucky not to be shown a red card. Had he been shown a red card for violent conduct, it wouldn’t be too surprising.”

He added: “With the Pogba challenge on Keita, as soon as I saw it I thought it was a red card. I was a little surprised Anthony Taylor initially showed a yellow card because I would’ve thought someone of his calibre would recognise that straight away, there shouldn’t be the need for a VAR check. He should be recognising the extent of that challenge – it was totally out of control, over the top of the ball, and endangered the player’s safety.

“It’s a good thing VAR overruled it, and he was correctly sent off. It was a clear and obvious error by Anthony Taylor.”