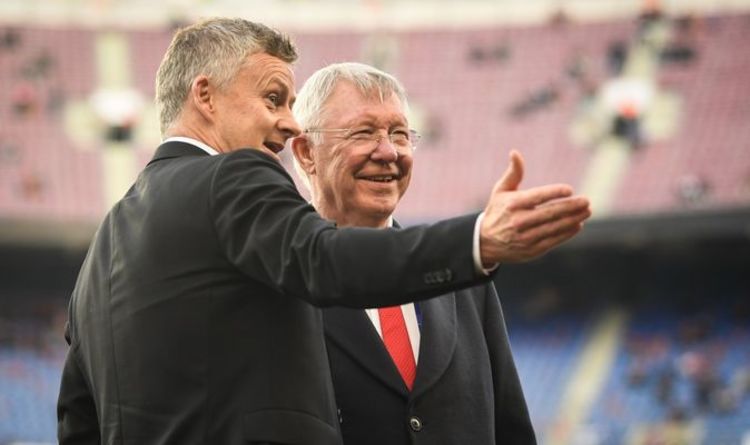 Sir Alex Ferguson reportedly visited Manchester United's training ground on Tuesday to throw his support behind Ole Gunnar Solskjaer. The move has brought about an interesting comparison between how the Scot behaved when David Moyes was at the helm at Old Trafford, and how he has acted now.

Sunday's humiliating 5-0 loss to Liverpool on Sunday was a defeat which sucked up all positivity, momentum, and confidence yielded from United’s dramatic 3-2 home victory to Atalanta in the Champions League.

As well as severely solemnising United’s Carrington HQ, it is also a scoreline which has left Solskjaer’s Old Trafford reign dangling by a thread.

United's mauling at the hands of Jurgen Klopp’s ruthless Reds has left the Norwegian boss in a very vulnerable position.

Ferguson’s visit to the training ground has been interpreted as s showing of solidarity and support to his former striker.

However, a passage from Patrice Evra’s new book has revealed a contrasting response from the Scotsman when it came to Moyes’ struggles at United.

Evra claims he approached Ferguson during Moyes’ ill-fated spell at Old Trafford and asked him to offer some advice and support to his fellow Scotsman.

The Frenchman claims he turned to his former boss, after he felt Moyes did not quite appreciate the magnitude of the unrest which was brewing amongst his United team.

After a crushing 4-1 defeat to Manchester City, a crushing result which saw Moyes lose his first Manchester derby at the Etihad Stadium courtesy of a Sergio Aguero brace, as well as goals from Yaya Toure and Samir Nasri, he felt something had to change.

Sir Alex Ferguson said he decided to give David Moyes some distance when he was United manager (Image: GETTY)