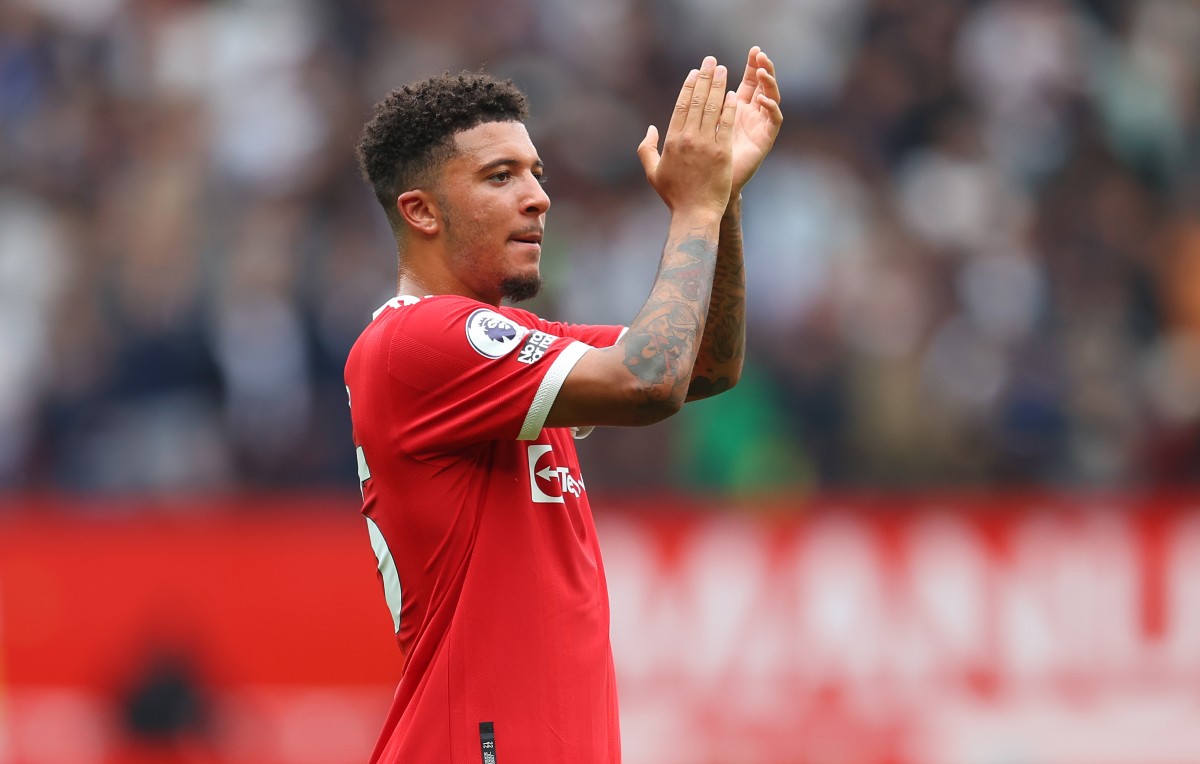 Sky Germany have hilariously trolled Manchester United flop Jadon Sancho after his failure to register a single goal or assist in his first seven appearances for the club.

The England international joined Man Utd from Bundesliga giants Borussia Dortmund this summer, but he’s not looked anywhere near as good for his new club as he did in his time in Germany.

It’s perhaps unsurprising, therefore, that pundits in Germany are now rather amused by Sancho’s struggles at Old Trafford.

See below as these pundits brand Sancho 007 – but not because he’s anything like James Bond, but for his 0 goals and 0 assists in 7 games…

Sancho will hope to bounce back from this, but he’s not even getting that many minutes on the pitch at the moment.

Ole Gunnar Solskjaer has plenty of other options in attack at the moment, with Marcus Rashford and Mason Greenwood among those making a case to start ahead of Sancho.

Former United ace Luke Chadwick, however, has told CaughtOffside that he thinks Sancho needs to come in now as he urges Solskjaer to change things after the 5-0 defeat to Liverpool.

He added: “I think Sancho played in a high-pressing team at Borussia Dortmund, where they put a shift in, the front players work their socks off. I think that’s what United need at the moment. Sancho’s not been brilliant this season by any stretch of the imagination, but I think his work rate is up there with the best wide-players in the league.

“And when things are going badly, it’s hard work that will get you out of it. Even if we’re not creating enough, which United are not at the moment, you need your players to work hard and make you difficult to play against, at the moment it’s so easy to play through United. The most important thing now for Ole is to stop the rot and stop the goals going in, so I think they need to start the hardest working players.”