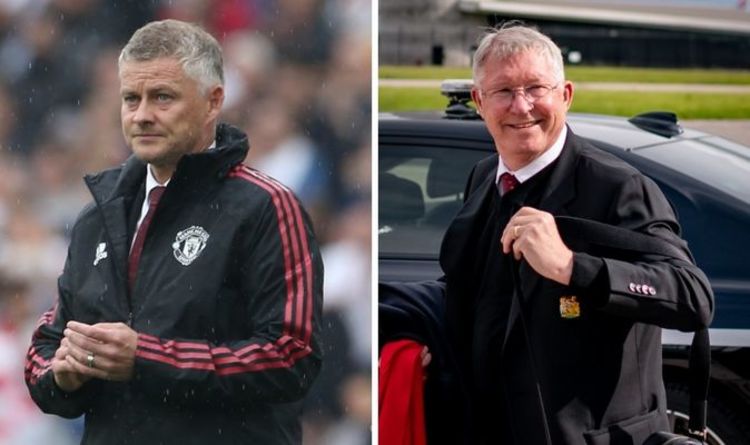 Sir Alex Ferguson visited Ole Gunnar Solskjaer at Manchester United training on Tuesday as pressure on his managerial status stands at an all-time high. Solskjaer oversaw training as usual ahead of Saturday's trip to Tottenham Hotspur but may feel at risk of being undermined by Ferguson's presence.

Speculation over Solskjaer's future was ripe on Monday following United's 5-0 mauling by Liverpool on home turf at the weekend.

Many believed the Norwegian boss would be dismissed amid a generally poor start to the season, but he's still standing.

According to ESPN, Solskjaer was involved in talks with Ed Woodward and Richard Arnold on Monday.

United have given him the next three fixtures to turn the club's form around. Otherwise, his fate will likely be sealed during next month's international break.

Fabrizio Romano claims Ferguson was at Carrington with former United chairman Martin Edwards on Tuesday, as Solskjaer took training for the first time since humiliation against Liverpool.

Romano states the 48-year-old will take charge against Spurs and potentially beyond if the Red Devils avoid another loss.

The Guardian have revealed Solskjaer still has Ferguson's full backing, with the Scot likely playing a significant role in his upcoming opportunity.

But it's hard to knock the sense that his former protege is on a stay of execution, with Spurs, Atalanta and Manchester City up next.