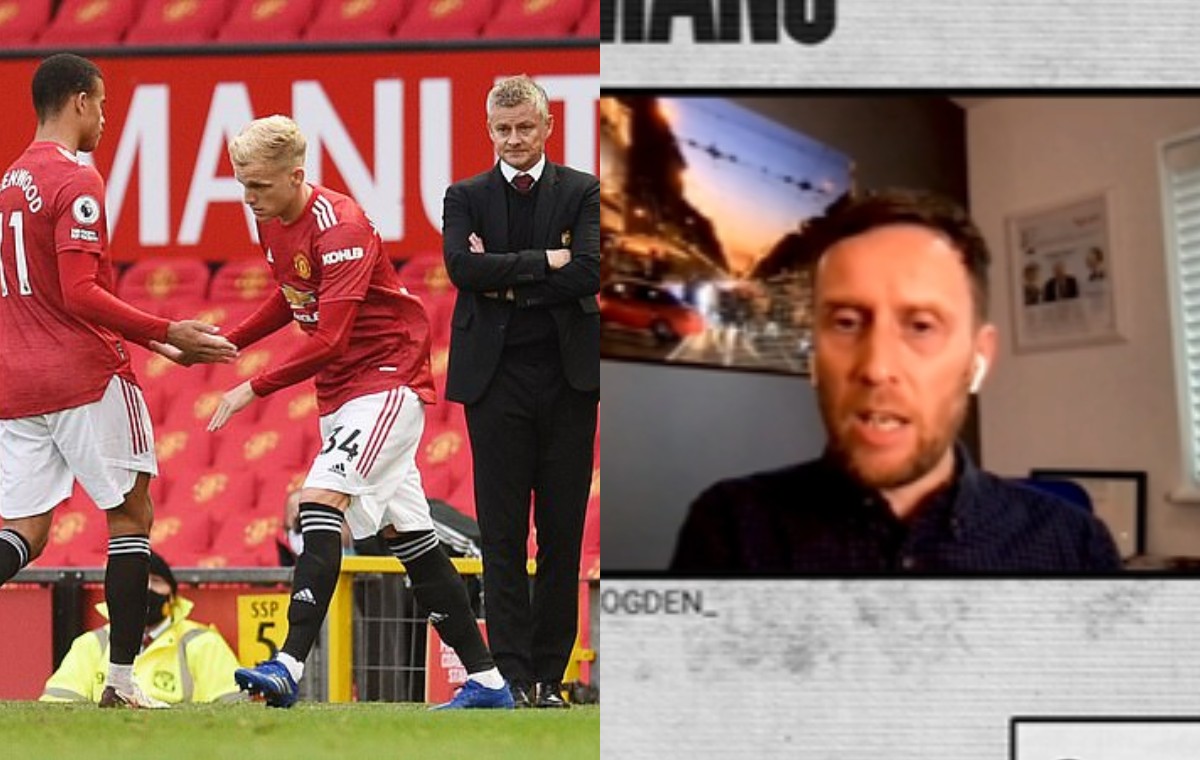 Van de Beek has endured a difficult time since joining Man Utd from Ajax last year, and it now makes a bit more sense after hearing Ogden’s thoughts on the deal.

Speaking to Fabrizio Romano on Twitch, Ogden said that Solskjaer didn’t want to sign Van de Beek, with the club pursuing the transfer of the Netherlands international instead.

Ogden adds that Solskjaer has never really known where to use Van de Beek, and nor has he made much of an effort to work out a role for him.

Van de Beek would surely do well to get out of Old Trafford as soon as possible, as it seems unlikely he’ll ever have a role to play under Solskjaer.

Still, former Red Devils midfielder Luke Chadwick has told CaughtOffside that he’d like to see the Dutchman get a run in the team as it’s clear something has to change after the 5-0 defeat at home to Liverpool.

“Maybe it’s time for Van de Beek … the manager has to make changes now and it’ll be interesting to see what he does at Tottenham,” Chadwick said.

With Paul Pogba nearing the end of his contract, it’s surely worth thinking about how Van de Beek could become more important in the squad in the near future, as he’d surely be a fine long-term replacement for the Frenchman if he decides to move on.