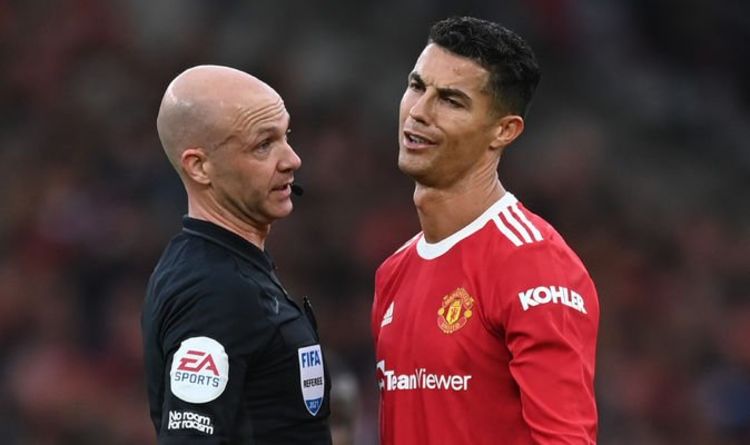 Liverpool cruised to a 5-0 win over Manchester United on Sunday in one of the most significant results in Premier League history, although surprisingly all of their goals came before Paul Pogba was sent off after an hour. And reports suggest their staff felt United's rough play warranted five dismissals and that referee Anthony Taylor was too lenient.

Liverpool cruised into a 4-0 lead before half-time after some slick counter-attacking combined with calamitous United defending.

The toxic atmosphere around Old Trafford was plain for all to see, and it evidently rubbed off on the players given that the Red Devils picked up six yellow cards alongside a red for Paul Pogba after a poor tackle on Naby Keita.

But with his tackle came many more boisterous challenges from his team-mates, and according to the Athletic, Liverpool were incensed that no more red cards came United's way.

The report states that although Taylor claims to be an Altrincham fan, questions have long been asked about his appointment for games in Manchester given that he grew up in the region.

It goes on to claim that he is considered a competent referee in Liverpool, but sources in the Reds dugout suggest he took pity on United's downfall.

Cristiano Ronaldo was lucky not to get sent off for lashing out at Curtis Jones, Liverpool felt (Image: GETTY)

“There could have been five red cards for United in total,” one said.

Cristiano Ronaldo lashed out at Curtis Jones late in the first half, whilst Harry Maguire was lucky to survive with a yellow after dragging Diogo Jota down as last man.

“It was a little bit naughty,” another Liverpool source told the Athletic about Ronaldo's antics.

“But when you look back on the cameras, I suppose you could say Ronaldo was entitled to go for it.”

Paul Pogba was sent off on the hour mark (Image: GETTY)

Griezmann was sent off for a high boot on James Milner in the Reds' pulsating 3-2 win over Atletico Madrid last week.

And it was suggested that Fred could have suffered a similar fate for a high challenge on Keita just moments before Pogba's red card.

Liverpool take on Brighton on Saturday as they look to continue their unbeaten run in the Premier League.