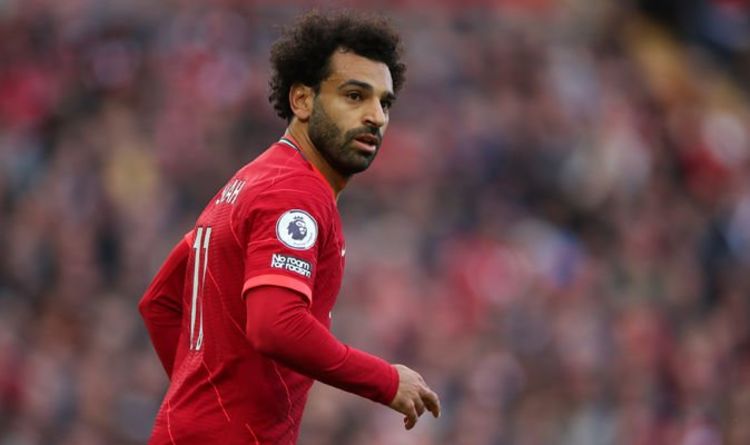 Liverpool forward Mohamed Salah produced yet another sensational performance on Sunday as he scored his first hat-trick of the season to help the Reds thrash Manchester United 5-0 at Old Trafford. The strikes took his goal tally for the season to an incredible 15 in just 12 games.

Salah was a constant menace to the United defence and had already created the opening goal for Naby Keita by the time he got himself on the scoresheet in the latter stages of the first half.

The Egypt international swept home Liverpool’s third and fourth of the afternoon before the break and rounded off the scoring by dinking the ball over David de Gea five minutes into the second period.

Salah’s performance had the Reds fans purring once again as they looked on in disbelief at a player who is arguably the best in the world on current form.

And, according to The Athletic, some people at Liverpool believe Salah has a better physique than Lionel Messi.

The Reds encourage their players to use the gym as part of their training programme and Salah has managed to craft a body which other professionals can only dream of.

He is in remarkable shape and has incredible upper body strength due to his relentless training off the pitch.

Salah’s strength and conditioning work has allowed him to become one of the best athletes in the Premier League and he is reaping the rewards during matches.

The 29-year-old has speed, he can change direction quickly and he can hold defenders off to keep the ball and get his shots away.

And therefore it’s no surprise that he has scored in all but one of the matches he has appeared in this season.

“Come on, who is better than him?” Liverpool boss Jurgen Klopp said after Salah scored a wondergoal against Watford earlier this month.

“We don’t have to talk about what Messi and Ronaldo have done for world football and their dominance but, right now, he is the best.

“His performance was massive. The pass for the first goal was great and the second goal was special. He is top - we all see it.”