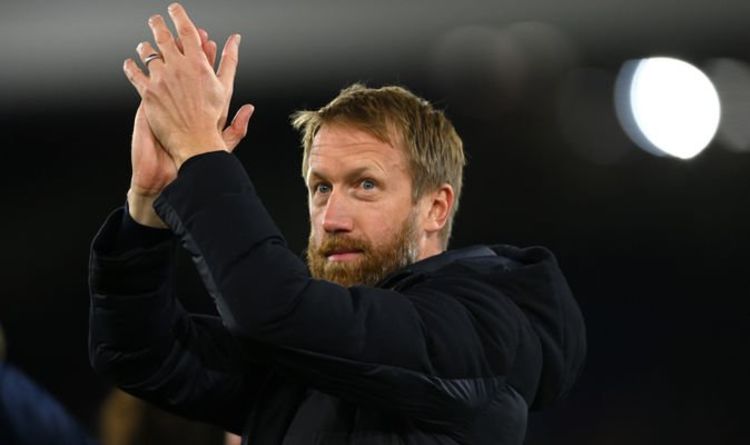 Ole Gunnar Solskjaer is currently under pressure at Manchester United after a bout of underwhelming results at Old Trafford, with various other managers being linked with taking his spot in the dugout. And if reports are to be believed, Brighton's Graham Potter could be in consideration for the job should the Norwegian make an exit.

United lost 5-0 at home to Liverpool on Sunday in arguably the most embarrassing result in the Red Devils' Premier League history.

After picking up just one point from 12 in their past four league games, Solskjaer has come under intense pressure from fans, with many now admitting their title race is all but over.

According to reports, Solskjaer is going nowhere for now with a personal backing from Sir Alex Ferguson to boot - although that could change if results do not improve.

Various managers including Antonio Conte and Erik ten Hag have been linked with the job in the past week, with it thought Solskjaer is running out of time.

But one surprise contender has also been linked with the job after some excellent performances in the Premier League this season - Brighton manager Potter.

Graham Potter is reportedly being considered for the Man Utd job (Image: GETTY)

The Seagulls sit fifth with the joint-fourth best defensive record in the division, enhancing Potter's reputation amongst stakeholders of the league.

Not only is Potter earning results, but his passing style of football is classed as desirable for a top-end Premier League team like United.

And according to The Athletic, that could see him come under consideration for the United job in the future, should Solskjaer be given a longer stay of execution.

Having started his career at then-fourth division Swedish outfit Ostersund, Potter earned plaudits from fans and pundits alike as he secured promotion to the top flight.

Ole Gunnar Solskjaer is in a precarious position at Manchester United (Image: GETTY)

"It's not easy to say something apart from it's the darkest day I've had leading these players and we weren't good enough, individually and as a team," he said after the match.

"You can't give a team like Liverpool those chances, unfortunately we did.

"The whole performance wasn't good enough, that's for sure."