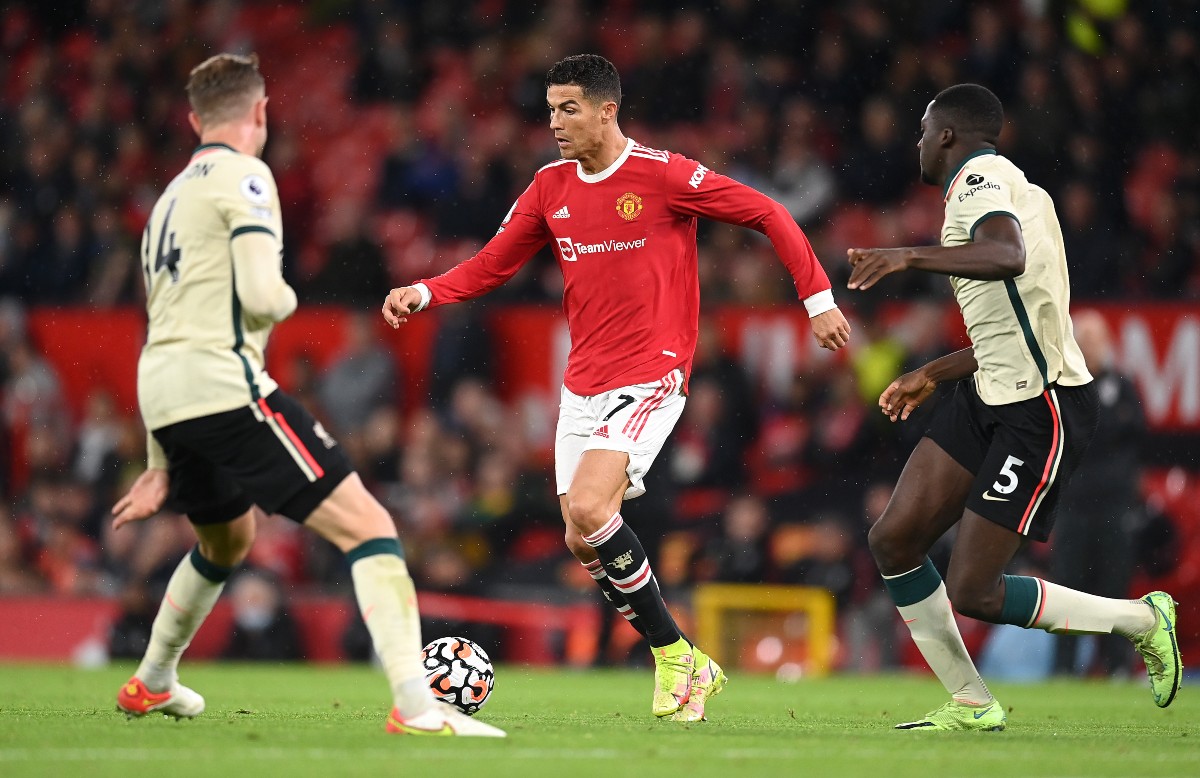 Manchester United manager Ole Gunnar Solskjaer has been advised to change his starting line up around after the team’s poor recent form, including the humiliating 5-0 defeat at home to Liverpool on Sunday.

The Red Devils are at their lowest point of the Solskjaer era, and former Man Utd midfielder Luke Chadwick admits the line up needs re-thinking in order to get the best out of Cristiano Ronaldo.

Ronaldo has started brightly at United, but the team as a whole hasn’t looked like a cohesive unit, and Chadwick thinks the inclusion of Jadon Sancho and Jesse Lingard on more of a regular basis could help out the Portuguese front-man.

Speaking exclusively to CaughtOffside after the defeat to Liverpool, Chadwick said: “My heart said we could get something out of the game, but my head doubted it. Liverpool weren’t even at their best but ran out 5-0 winners – it could’ve been even more embarrassing for the club!

“It’s a home game against fierce rivals and United will want to press high up the pitch, but unfortunately when you do that you can get caught. It ended up being so easy for Liverpool to play through.

“Maybe they would’ve done well to start with a lower block and hit Liverpool on the break. Obviously the crowd would’ve wanted a bit more than that, but it didn’t work too well even against teams like Leicester and Atalanta, so it was always going to be dangerous against a team like Liverpool, who just cut through them like ice in the first half. Liverpool just looked like scoring a goal whenever they wanted. Once they took the lead the tension set in and it was just a difficult game all-round.”

Discussing how Solskjaer could change things, Chadwick named Sancho, Lingard and Donny van de Beek as the trio who should now get a run in the side.

“I thought Ole would make changes, I felt maybe Greenwood wouldn’t play. He’s good on the ball but out of possession he probably doesn’t do enough,” Chadwick said. “You do hope that Ole makes changes now. If he wants to play Ronaldo in the 9 then Lingard has to come in, Sancho has to come in.

“They’re two players with incredible work rate in terms of the sprints they put in both in and out of possession. Maybe it’s time for Van de Beek … the manager has to make changes now and it’ll be interesting to see what he does at Tottenham.

“I think Greenwood is a goal-scorer isn’t he? He’s done a job out wide, but I think he was happiest before Ronaldo signed when he was the number 9. That’s where he wants to play, you can see from his body language out of possession that he doesn’t know, or doesn’t want to do that side of the game.

“I think Sancho played in a high-pressing team at Borussia Dortmund, where they put a shift in, the front players work their socks off. I think that’s what United need at the moment. Sancho’s not been brilliant this season by any stretch of the imagination, but I think his work rate is up there with the best wide-players in the league.

“And when things are going badly, it’s hard work that will get you out of it. Even if we’re not creating enough, which United are not at the moment, you need your players to work hard and make you difficult to play against, at the moment it’s so easy to play through United. The most important thing now for Ole is to stop the rot and stop the goals going in, so I think they need to start the hardest working players.”