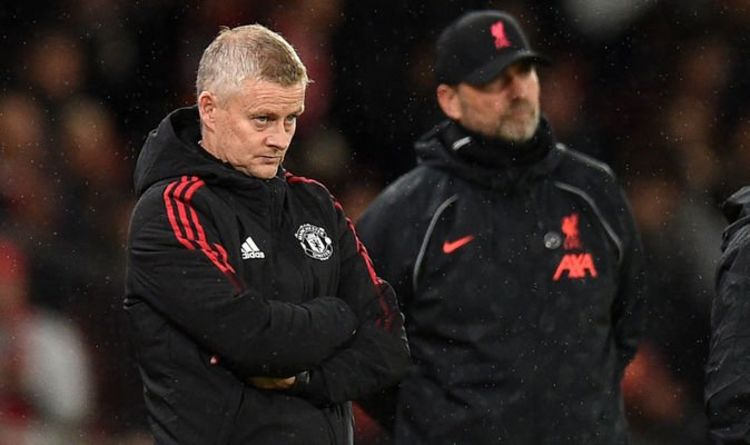 The Red Devils were thrashed 5-0 by Liverpool at the weekend, and one imagines this is going to put serious pressure on Solskjaer after a generally inconsistent start to the season despite big spending in the summer transfer window.

Chadwick admits the team’s recent form is concerning, but he feels it’s still worth giving Solskjaer until the end of the season instead of rushing to appoint someone now, when there isn’t necessarily the right candidate out there.

“It’s obviously a concerning time, not just in terms of the result but the performance being so poor as well,” Chadwick told CaughtOffside. “It does beg the question, where does the club go from here? Who’s available, which names would be in the frame?

“I think they’re within their rights to consider the position after the poor start to the season, but in my mind there’s no one out there at the moment that could really take the club forward.

“Obviously we can’t keep saying ‘give Ole time’ but in terms of what’s been done in his tenure, albeit they’ve been very inconsistent, there has been an improvement made season on season. They finished 2nd in the Premier League last season, runners-up in the Europa League … in my mind it would be right to let him see out the season.

“I’d like to see him given time and if more improvement can be made, but at the same time there’s only so much time you can give. The performances at the moment, it’s hard to see if there’s going to be improvement again on last season. I’m sure the position is being considered and every option being explored, and even if I’d give Ole until the end of the season, you couldn’t really blame anyone if the change does end up being made.”

When asked about big names like Conte or Zidane, Chadwick made it clear he didn’t see them as being the kind of managers who’d be ideally suited to the kind of long-term project that’s needed at Man Utd.

“Conte and Zidane, they’re two brilliant football people, two big names as players and coaches, but how do they fit into the Manchester United mould?” Chadwick said.

“Obviously Jose Mourinho was one of the best managers in the world when he came in, Louis van Gaal had a huge reputation as well, but it feels like it’s a long-term job at United. Sir Alex Ferguson was given time to build the dynasty that he did. It’s really hard for Solskjaer to do the same, but it does feel like in the last two years, something is happening and there’s more of a feel-good factor, more like the Manchester United of old.

At the end of last season if he wins that Europa League final and gets a bit more luck in that crazy penalty shoot-out, it’s probably a different story going into this season. Money’s been spent, Sancho’s come in, Varane’s come in, Ronaldo’s come in, and something’s been built at the club.

“I can’t imagine Zidane or someone like that coming into Manchester United. Chelsea are obviously very different in the way they keep changing their managers every few years. United, going back to Sir Alex and the managers before him, they always had long-term projects, and I just don’t see that happening with a Zidane or a Conte.”

Despite some criticism of Solskjaer’s tactics in comparison to the other big-name managers in the Premier League – Pep Guardiola, Jurgen Klopp and Thomas Tuchel – Chadwick feels the Norwegian tactician clearly has his qualities as a coach due to the way he seems to be able to rally his players in difficult moments.

“Obviously he’s a great guy, you can see the team have been playing for him. They want to do well,” Chadwick said. “I don’t think there were too many questions about his tactics before – we could all see what he was trying to do with fast, counter-attacking football.

“Obviously things have changed slightly now, Cristiano Ronaldo’s come in, one of the greatest footballers of all time, but it’s changed the team’s style slightly. But I don’t think any manager can get through just being a nice guy, I don’t think he’d be the manager of Manchester United if he didn’t have the tactical nous at this level.

“It’s so hard to compete with the other top managers in the Premier League, they’re probably the best in the world and they have such an attractive style of football. Ole’s starting to get towards that but it does feel like it’s gone backwards a bit, maybe with the new players coming in.

“The whole team now needs to be built around Cristiano, he’s an all-time great and can get you that volume of goals, but he needs the other players to give a little bit more and do more of the other side of the game to allow him to do what he does.”

Finally, Chadwick addressed the footage of Sir Alex Ferguson watching from the crowd against Liverpool and looking pretty dismayed with what he was seeing.

The former MUFC ace thinks Fergie will be aware that he also had a difficult start to his Old Trafford reign and will continue to back Solskjaer through this.

“I don’t think Ferguson will lose faith with Ole,” Chadwick said. “Everyone at the club’s going to be lower than they’ve been for many a year, it doesn’t get much worse than being beaten 5-0 at home against fierce rivals, but you’d hope Sir Alex will be supporting Ole in the background.

“He knows about going through difficult times, particularly at the start of his time at United.”