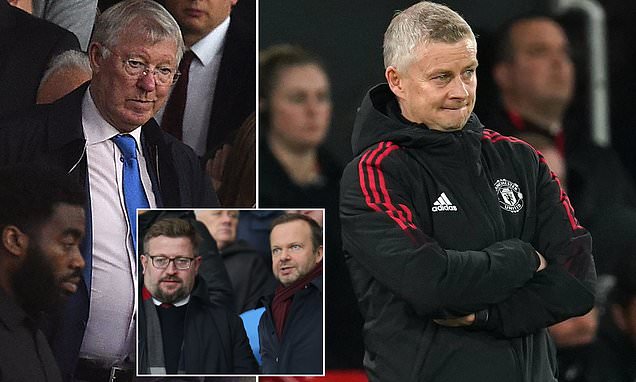 Under-pressure Manchester United manager Ole Gunnar Solskjaer 'has received the backing of legendary boss Sir Alex Ferguson and executive vice-chairman Ed Woodward' as he battles to save his job.

But the final decision on his future in the job rests with co-chairman Joel Glazer, head of the club's American ownership.

Ferguson believes Solskjaer should be given time to turn United's season around, starting with this Saturday's visit to Tottenham, according to The Guardian.


They report that Woodward and also managing director Arnold are minded to give Solskjaer a chance to put things right but it is Glazer who will make the ultimate call.

Solskjaer, 48, is approaching three years in the job but is under serious pressure after taking just one point from the last 12 available in the Premier League, a poor run that sees United sit seventh in the table.

United's players returned to training on Tuesday having been given Monday off in the aftermath of the humiliating loss to Liverpool at Old Trafford.

Television cameras picked out Ferguson sat in the crowd with the former manager unable to hide his dissatisfaction at the team's performance.

But reports suggest that Ferguson visited Carrington along with former chairman Martin Edwards on Tuesday to offer their support for Solskjaer.

Woodward, who could now stay in his executive vice-chairman post until April, and Arnold, likely to succeed him, are also reportedly willing to give Solskjaer more time.

Drastic improvement is required, however, amid a testing fixture list that will see United travel to Atalanta in the Champions League next Tuesday before heading to Manchester City the following Sunday.

United's dramatic comeback from two goals down to beat Atalanta 3-2 at Old Trafford last week offered rare delight for Solskjaer in what has been a poor run of results but the scoreline masked serious shortcomings.

Antonio Conte is open to discussing any vacancy at Old Trafford with the former Chelsea, Juventus, Italy and Inter Milan manager currently not in a job.

Cristiano Ronaldo issued a rallying cry to his team-mates in the aftermath of the shocking Liverpool loss, captain Harry Maguire apologised to the fans, goalkeeper David de Gea slammed his team-mates for an 'unacceptable performance' while defender Shaw insisted the players are to blame rather than their boss.

Senior players have begun questioning Solskjaer’s tactics and leadership over concerns that he is too soft on them and does not have enough experience to turn things around.