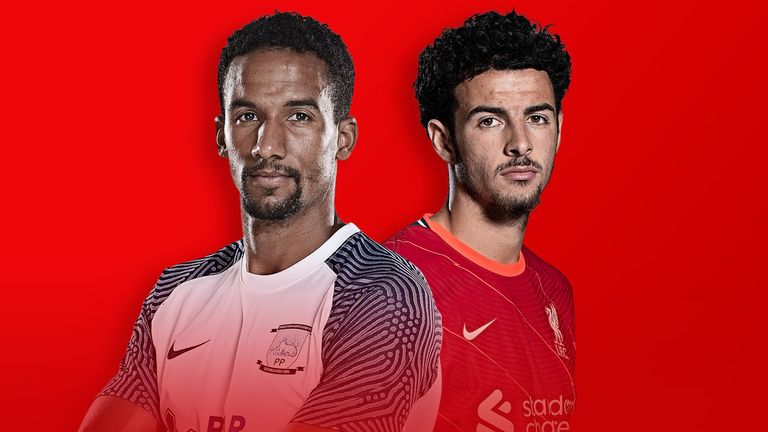 Team news and stats ahead of Preston vs Liverpool in the Carabao Cup fourth round on Wednesday; kick-off 7.45pm.

Preston will have midfielder Ali McCann available again following an ankle injury for the sell-out Carabao Cup tie with Liverpool.

Matthew Olosunde could also feature for the first time this season after playing in a practice game at the weekend.

Alan Browne is suspended after his red card against Blackpool but on-loan Liverpool defender Sepp van den Berg has been given permission to play against his parent club.

Liverpool are set to make wholesale changes to the side which thrashed Manchester United 5-0 on Sunday.

James Milner will be sidelined for several weeks with a hamstring injury suffered at Old Trafford and Naby Keita is unlikely to feature despite escaping with just bruising from the challenge which saw Paul Pogba sent off.

The game at Deepdale also comes too soon for Fabinho, although he has not been ruled out of returning from a knee injury for Saturday's game against Brighton.

Preston vs Liverpool is live on Sky Sports Main Event and Sky Sports Football; coverage starts at 7pm with kick-off at 7.45pm.

Highlights of the Carabao Cup third round match between Preston North End and Cheltenham Town.

Highlights of the Carabao Cup third round match between Norwich City and Liverpool.

When is the draw for the Carabao Cup quarter-finals?

The quarter-final draw will take place live on Soccer AM this Saturday from 10.30am

Hosts Fenners and Jimmy Bullard will be conducting the draw, which will be live on Sky Sports Main Event and Sky Sports Football.