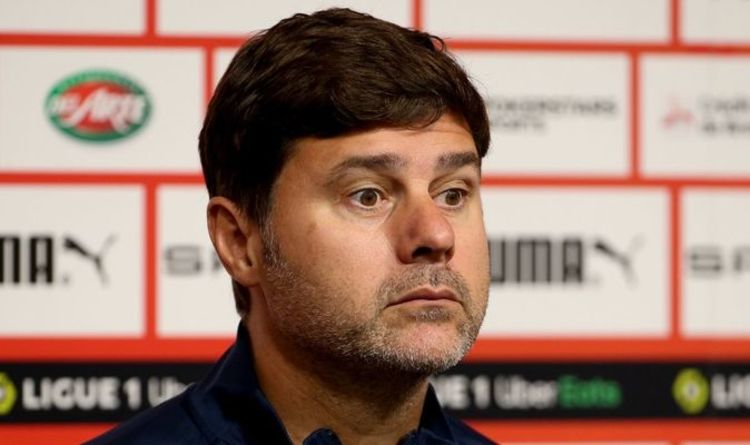 Mauricio Pochettino is yet to fully convince his Paris Saint-Germain squad that he is the right man to lead them forward, reports in France claim. The Argentine, who replaced Thomas Tuchel at the Parc des Princes in January, failed to steer his former club to the Ligue 1 title last season as Lille eventually reigned supreme on the final day of the campaign after one of the most exciting races of all time.

But given Pochettino had only just arrived back in the French capital, he was handed the chance to rebuild over the course of the summer.

That is what PSG did as they pulled off one of the biggest transfer windows in history with the impressive captures of Gianluigi Donnarumma, Archaf Hakimi, Sergio Ramos, Lionel Messi and Gini Wijnaldum.

While PSG sit top of the Ligue 1 table by seven points, Pochettino still has his detractors, placing his long-term future into doubt.

According to French football reporter Abdellah Boulma, there are concerns about Pochettino in both the dressing room and at boardroom level.

Mauricio Pochettino is still yet to win over the board and players at PSG (Image: GETTY)

It's understood the hierarchy have raised concerns about the nature of PSG's performances, even if they have still won the majority of their matches this season.

Meanwhile, the players are allegedly confused as to what is being asked of them tactically.

The developments have emerged in light of talk Pochettino is still potentially eyeing the Manchester United hot-seat.

It was reported last year that United had reached out to Pochettino to register their interest in the manager before Ole Gunnar Solskjaer steadied the ship at Old Trafford.

The Norwegian penned a new three-year deal back in July but the pressure is now quickly mounting on the United boss, who is close to drowning.

Solskjaer is expected to take charge of this weekend's trip to Tottenham but a poor result could spell the end of his United tenure.

The Athletic are reporting that Pochettino is said to still admire United, who he seems destined to manage one day.

Tottenham were also keen on luring Pochettino back to north London after just six months in the job at PSG earlier this summer.

Mauricio Pochettino is said to still be interested in the Man Utd job (Image: GETTY)

But the French giants were adamant that the 49-year-old must respect his contract as Spurs cooled their interest before the appointment of Nuno Espirito Santo.

Antonio Conte is the frontrunner for the United hot-seat should the board pull the trigger on Solskjaer.

The Italian has already made it clear he would be willing to talk to the Red Devils although conversations are yet to take place between his entourage and the club.

Zinedine Zidane is not interested in the job though as he dreams of managing France.