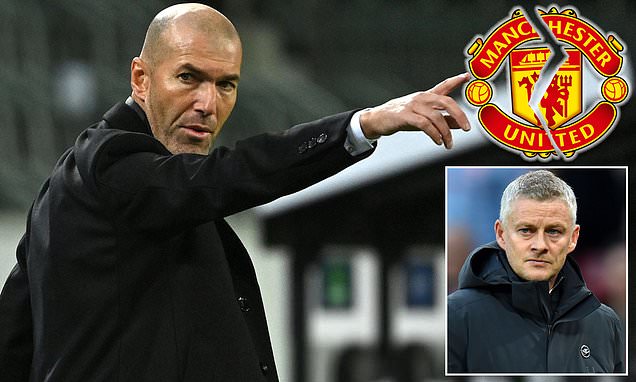 Real Madrid legend Zinedine Zidane is reportedly not interested in the manager's position at Manchester United, should it become available.

Ole Gunnar Solskjaer is fighting to save his job at Old Trafford after the humiliating 5-0 defeat to their biggest rivals Liverpool on Sunday.

Crisis talks have since been held with the Manchester United board and the Glazer family, with Solskjaer fearing his time as manager may be coming to an end after nearly three years.

Zidane has been touted by some as a potential replacement for the Norwegian should he leave the club with reports that he could be on a four-man shortlist.


But now ESPN have claimed that the Frenchman is 'not interested' in becoming Manchester United manager.

The 49-year-old has been out of a job since May, after the end of his second stint as Real Madrid manager.

It's said that Zidane is in 'no rush' to return to management and is waiting for the right opportunity to present itself.

Zidane would be an obvious choice to be on United's shortlist after enjoying much success as manager at the Santiago Bernabeu.

As a player he won the World Cup with France in 1998, and he is seen as a favourite to replace Didier Deschamps as manager of the international team whenever he steps down.

At United, senior players are now questioning Solskjaer’s tactics and leadership over concerns that he lacks the experience to get himself out of trouble and is too soft on them.

Antonio Conte is considered the leading candidate to replace Solskjaer and the Italian has expressed interested in the job having been out of work since leaving Inter Milan in May.

His camp maintain though they will not open talks with United until Solskjaer's situation has been resolved.

Other names that are said to be on United's shortlist include former Liverpool and current Leicester boss Brendan Rodgers and Ajax's Erik ten Hag.